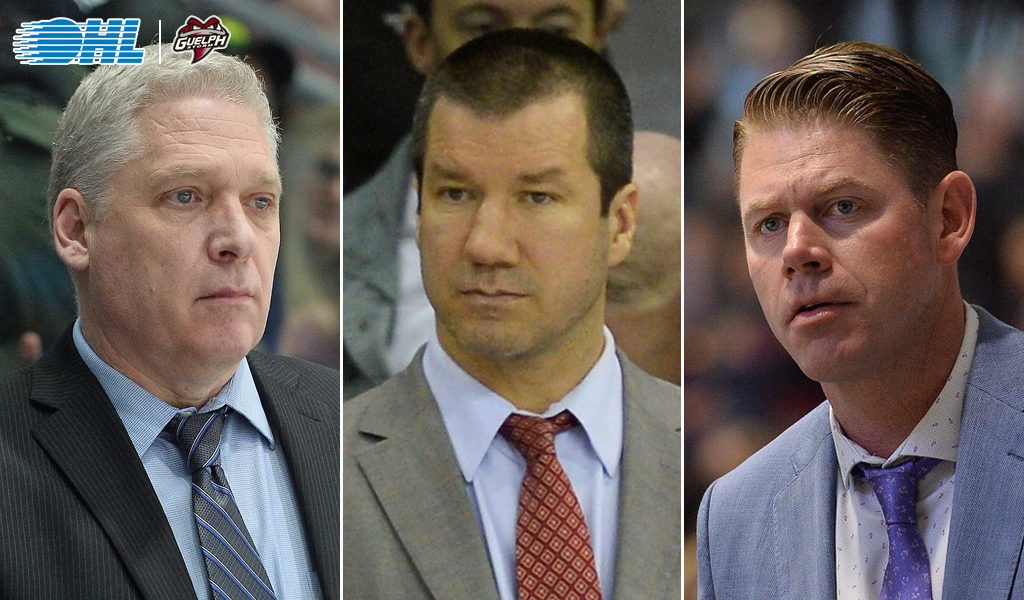 Guelph, ON – The Guelph Storm Hockey Club announced today that they have made changes to their hockey staff in preparation for their 2022-23 season. Most notably, Scott Walker will assume the Head Coach position, while former Head Coach and General Manager George Burnett will continue as General Manager.

“Around the CHL, the dual role has nearly disappeared over the last few years with the time commitments required for both jobs.  We believe that this change gives the team and our players the best chance for success in the short and long term,” said Guelph Storm co-owner Joel Feldberg.

Walker returns to the Head Coach position where he guided the team to an OHL Championship in 2013-14. Second all-time in career wins in Guelph (164), the Cambridge native coached the team for four plus seasons between 2010-2015. Most recently Walker was an Assistant Coach with the NHL’s Vancouver Canucks last season. In just over 10 years, his list of coaching achievements is a long one including bronze and gold medals as an Assistant with Team Canada at the 2012 and 2015 World Junior Championship respectively. Walker has won gold at the 2012 Ivan Hlinka (Assistant Coach), gold at 2015 Under 17’s (Head Coach), gold at 2017 Spengler Cup (Assistant Coach) and a bronze medal at the 2018 Winter Olympics (Assistant Coach). Scott will continue to hold the position of President of Hockey Operations and is also a part-owner of the Storm.

“Once we decided to hire a Head Coach to work with George as the General Manager, he and I reviewed a list of highly qualified candidates,” noted Walker. “During this process, George asked if I’d be interested in the job and after discussions, we agreed that it was the right fit. I’m looking forward to working closely with George and contending for championships,” said the new Head Coach.

Burnett leaves the Storm bench as the winningest coach in team history (180 wins) and ranks 4thall-time in OHL career wins (774) while capturing two OHL championships with Guelph (1998 and 2019).

“At the end of the season, Scott informed me that it was the desire of ownership to have two people fulfill the General Manager and Head Coach roles moving forward and I’m proud to remain with the Storm as the General Manager,” stated Burnett. “Since our Championship in 2019, our staff has worked hard to assemble a strong core of talented young players and we are excited to see what they achieve under Scott’s leadership and guidance.”

“The Storm organization is thankful to George for his commitment to the team and the City.  His accomplishments have made our club a top-tier destination for player development on the ice and in the classroom,” added Storm co-owner Jeffrey Bly.

The club also announced that former OHL Head Coach Todd Miller will join the staff as an Assistant. Miller brings 12 years of junior coaching experience, including nine campaigns working as an Assistant with the Barrie Colts under NHL Hall of Famer Dale Hawerchuck. The Elliott Lake native was the interim Head Coach in Barrie in 2019-20 for the final 22 games (13-7-0-2 record) before the COVID shut down. Last year, Miller was the Head Coach of the Oshawa Generals where he guided the club to a 24-24-1-4 record before being dismissed. Miller joins returning Associate Coach Chad Wiseman and Goaltending Coach Rob Beatty on Walker’s staff.

“I’m excited to work with Chad and Todd. I’ve known them both for a while and we’re lucky to have two well respected Assistants that are capable of being Head Coaches in this league working on our staff,” stated Walker.

With their 2022 Training Camp set to open on August 29, the Storm will continue to prepare for their 31stseason in Guelph.