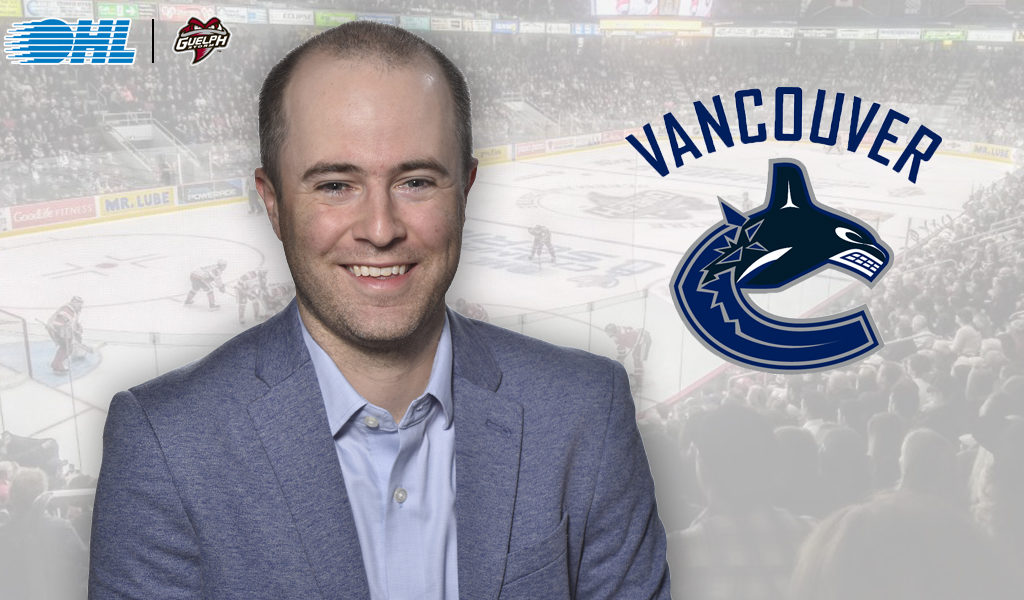 GUELPH – Guelph Storm General Manager and Head Coach George Burnett has announced that Assistant General Manager Phil Golding has accepted a position with the Vancouver Canucks as an Amateur Scout of Ontario.

Golding joined the Storm in 2007 after graduating with a degree in Sport Management from Brock University. He spent the past decade working in the team’s business operations department and joined the clubs scouting staff prior to the start of the 2015-16 season. In 2016-17 he served as Assistant to the General Manager with Mike Kelly.

“Throughout 12 years with the Storm, I have been lucky to have worked with and learned from so many great people,” said Golding. “I want to thank the organization and the community for helping me develop as a person and a professional. Although it is difficult to part ways with the Storm, my family and I are very much looking forward to this new opportunity with the Vancouver Canucks.”

Prior to the start of the 2017-18 season, Golding was named as the Storm’s Assistant General Manager. For the past two years the Guelph native has been involved in all aspects of hockey operations, including administration, scouting, and player development.

“Phil has been an integral part of our day to day hockey operations staff here in Guelph and he will be missed,” Burnett said. “The entire organization would like to thank Phil and his family for their support and dedication over the past 12 years and wish him the very best as he begins this next challenge.”