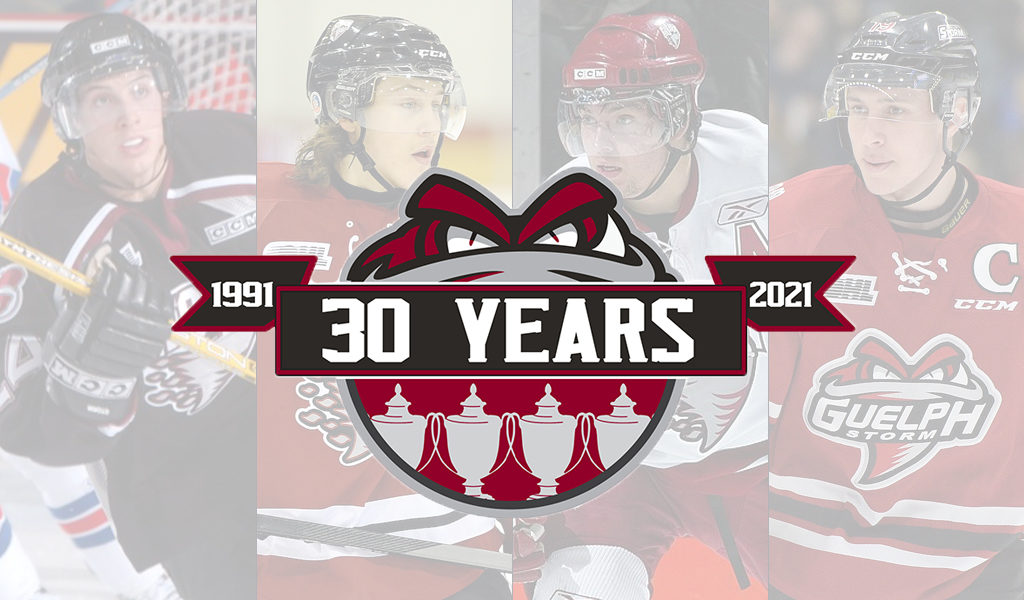 The Guelph Storm are kicking off their 30th OHL season by saluting the club’s extensive history.

The Storm recently completed their #WhoWoreItBest 30th anniversary social media campaign, highlighting 30 players dating back to the club’s inception in 1991. Fans voted on which player wore their respective jersey number best, with 1-30 represented. Though it doesn’t include some of the franchise’s all-time greats in Dustin Brown (32), Todd Bertuzzi (44) or Jeff O’Neill (92), it’s a pretty good reflection of players the Guelph faithful have come to love over the years.

A few familiar names emerged in the final results. Here’s a look at them below:

*– No Storm player has worn the number 18 since Paul Fendley’s tragic death in an on-ice incident in 1972. His number was officially retired by the Storm on November 15, 2008.