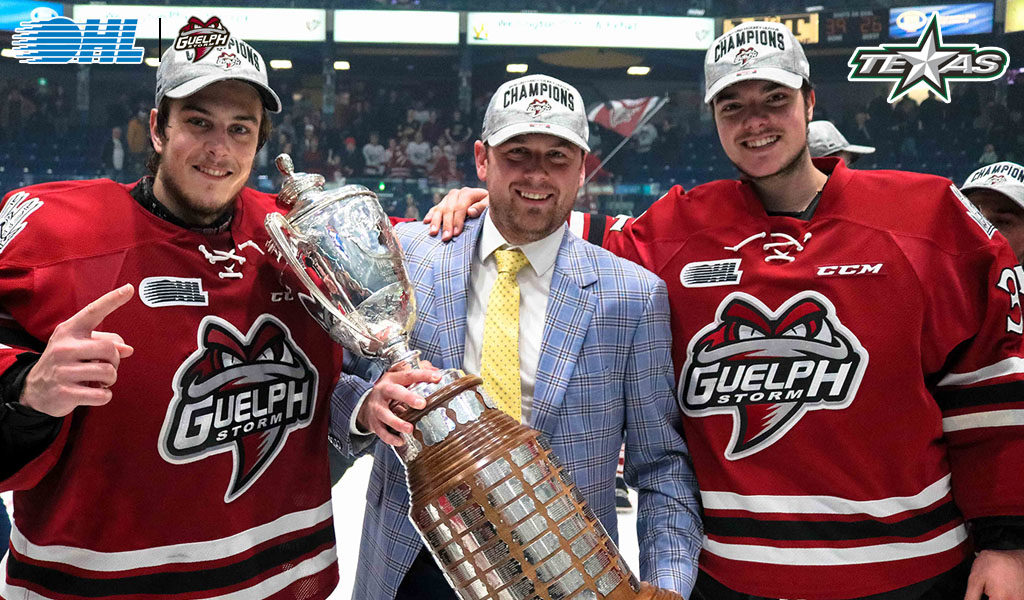 “We are pleased to have Ryan join our coaching staff,” said White. “His strong knowledge of the goaltending position has allowed him to excel at every level since moving into coaching and we look forward to Ryan continuing his success with Texas as a valuable resource and teacher for our young goaltenders.”

Ryan Daniels is moving to Texas to work with the goalies🤠
Welcome to the #txstars Ryan!
Read: https://t.co/ekws170Omh pic.twitter.com/oIBcOijrI0

Daniels, 32, joins the Texas Stars after spending the past three years as the Goaltending Coach for the Guelph Storm of the Ontario Hockey League (OHL). Hired in June of 2018, Daniels helped Guelph win the OHL Championship for the 2018-19 season.

Prior to his time in Guelph, Daniels spent three seasons serving in the same capacity for the Mississauga Steelheads of the OHL from 2015-18, helping the club win the OHL’s Eastern Conference Championship in 2016-17. He previously worked for two seasons with the Toronto Patriots of the Ontario Junior Hockey League (OJHL) from 2013-15, serving as the team’s Assistant General Manager and Goaltending Coach. Daniels helped Toronto win back-to-back OJHL Championships in 2013-14 and 2014-15, as well as the 2013-14 Dudley Hewitt Cup as the Central Canadian Junior A Champion, earning the club a spot in the Royal Bank Cup.