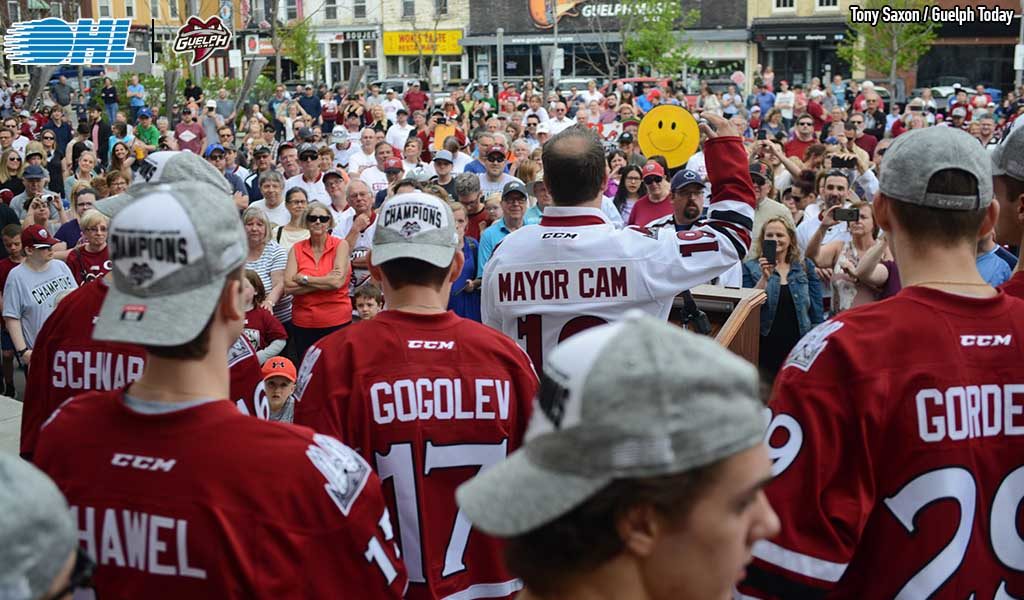 Though their storybook season had ended just 72 hours prior over 1,000 kilometres away, the Guelph Storm spent Monday afternoon celebrating with their loyal supporters in downtown Guelph after a playoff run for the OHL record books.

A huge thanks goes out to everyone who came out to support and celebrate our 2018-19 @OHLHockey Champions! We couldn’t have done anything we did this season without all of you! #IamtheSTORM pic.twitter.com/bNlwjyOed9

A group of approximately 450 fans showed up for Monday’s parade and celebration that gathered in Market Square where Guelph mayor Cam Guthrie, Storm captain Isaac Ratcliffe and team owner Rick Gaetz addressed those on hand.

“This Guelph team will be spoken about in the OHL for decades and will clearly be remembered in Guelph for decades to come,” he added.

The Storm overcame the Kitchener Rangers, London Knights, Saginaw Spirit and Ottawa 67’s to hoist the J. Ross Robertson Cup on home ice. They played to a 2-2 record at the Memorial Cup Presented by Kia in Halifax, Nova Scotia, falling to the eventual champion Rouyn-Noranda Huskies by a score of 6-4 in Friday’s Semi-Final.

A number of signed NHL prospects in Isaac Ratcliffe, Nick Suzuki and Dmitri Samorukov among several others aren’t expected to return to the veteran-laden club next season as the franchise turns the page to open another era of Storm hockey in the Royal City.

For more on Monday’s festivities, visit guelphtoday.com, or watch a replay at facebook.com/1460CJOYNews.

If you missed today’s rally for the @Storm_City, you can watch it on our Facebook page. 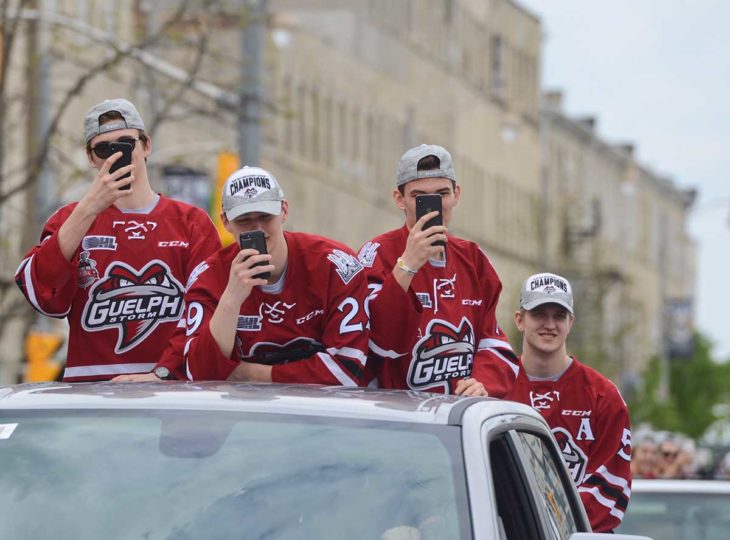 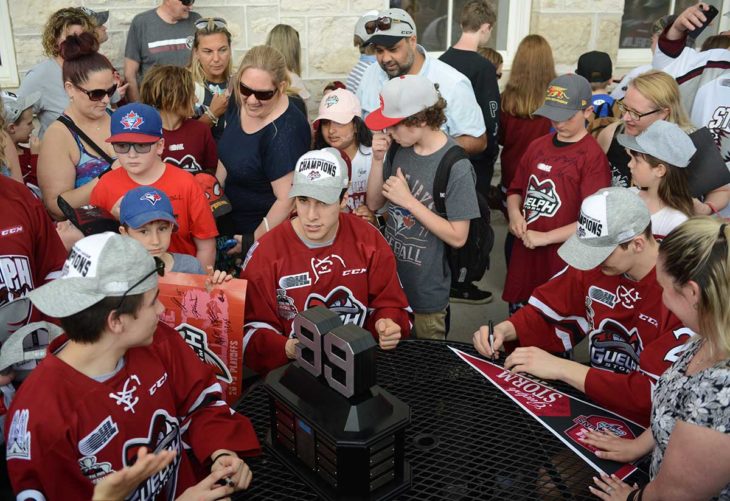 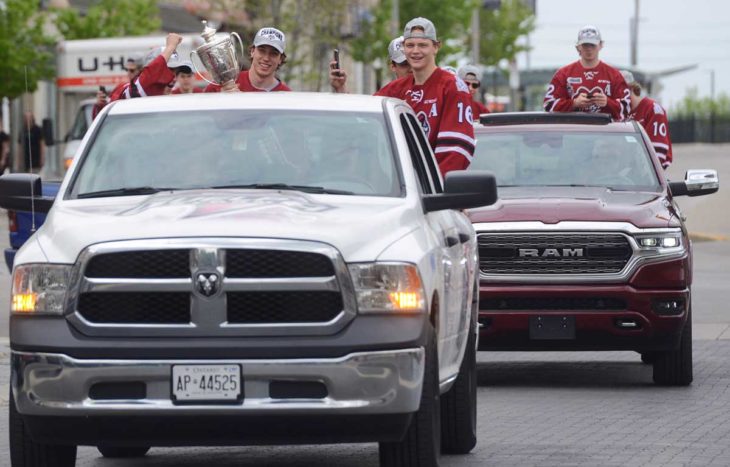