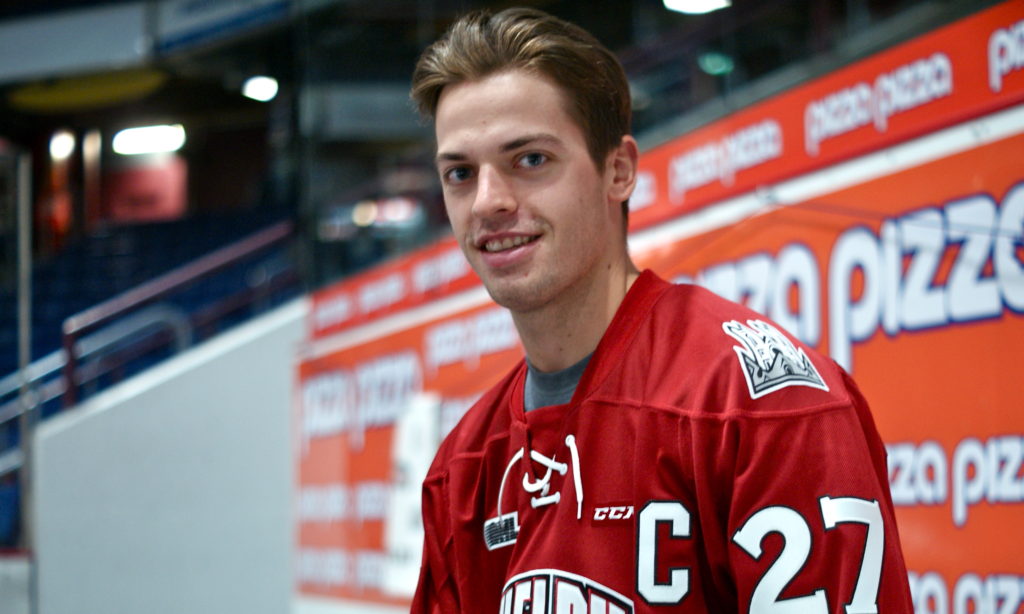 A former first round selection in the OHL Priority Selection, McFadden is the last remaining player from the 2014 OHL Championship team, coming off a career year, McFadden finished third in team scoring, recording 11 goals and 29 assists for 40 points.

“It’s an honour to wear the “C”, and lead this team into a new dawn,” said McFadden. “It’s a fresh start for us this year, and I’m excited to lead this young group.”

The 5-foot-11, 181-pound defenceman has appeared in 166 career OHL games all with the Storm, recording 14 goals and 52 assists for 66 points. He’s also played in nine playoff games scoring a goal and five assists for six points.

This past week, McFadden attended the Philadelphia Flyers training camp as a free agent invite and will now turn his focus back to Guelph, where he will lead the young Storm core, and continue the lessons taught to him by former teammates.

“There’s a lot of history that comes with the captaincy role with the Storm, I look forward to joining the long list of impressive names like, Matt Finn, Jason Dickinson, and C.J. Garcia.”