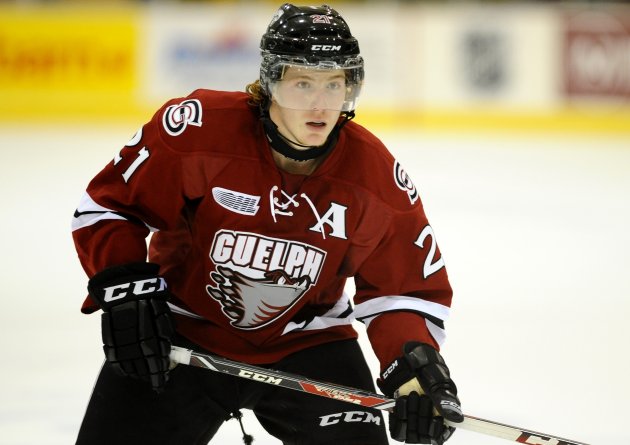 Toronto, ON – The Ontario Hockey League today announced that Carolina Hurricanes prospect Brock McGinn of the Guelph Storm is the OHL Player of the Week for the week ending October 27 after scoring five goals and three assists for eight points in three games with a plus-minus rating of plus-3.

McGinn follows teammate Scott Kosmachuk as the second straight Storm forward to claim the award helping his club pick up three wins to extend their streak to seven straight victories.  On Tuesday night he tied a career-high with four points scoring his second hat-trick of the season and adding one assist as first star of a 6-3 win over Midwest Division rivals the Kitchener Rangers.  On Friday night he scored a goal and two assists as part of a 7-2 win over the North Bay Battalion, then finished the week by netting his 15th goal of the season on Sunday in another Midwest Division battle helping the Storm to a 7-4 win over the London Knights.

Also considered for the award this week was Nikolay Goldobin of the Sarnia Sting and Tyler Gaudet of the Sault Ste. Marie Greyhounds who each scored two goals and six assists for eight points in three games.  In goal, Colorado Avalanche prospect Spencer Martin of the Mississauga Steelheads posted a 2-1-0-0 record with one shutout victory along with a goals-against-average of 2.43 and save percentage of .944. 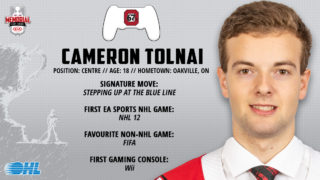 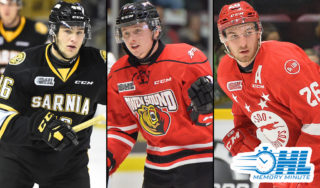