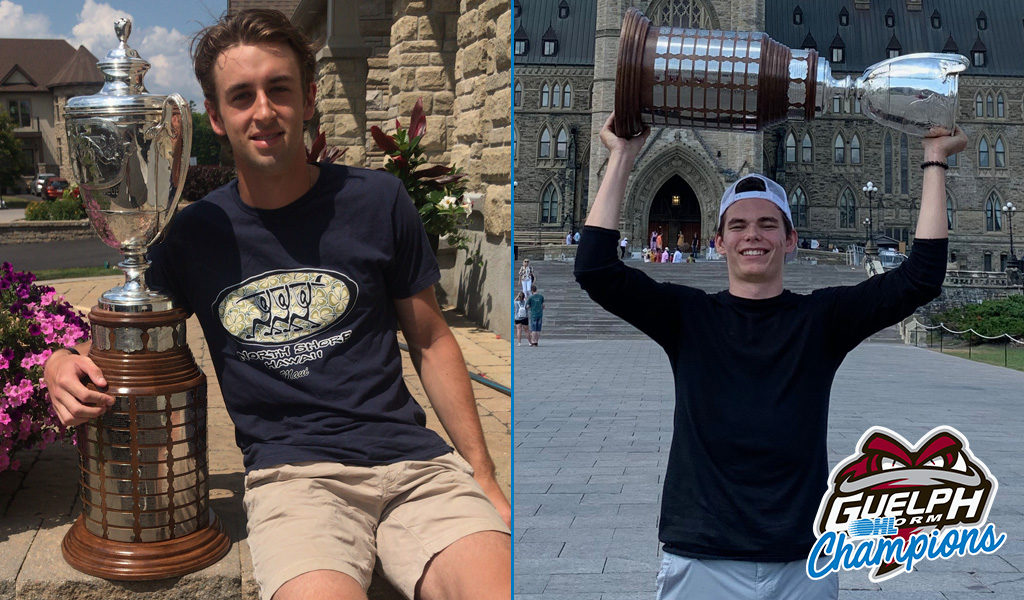 The J. Ross Robertson Cup made a trip to the nation’s capital this past weekend, first stopping in Arnprior with veteran forward Liam Hawel before making a trip across the city to Pavel Gogolev in Rockland.

Hawel enjoyed some family time with the Cup in his backyard. The 20-year-old recently completed his fourth OHL campaign, one where he put up 37 goals during the regular season.

Gogolev spent some time with his girlfriend as the two posed with the trophy for a shot on Parliament Hill. He also made a trip to his local gym, thanking his personal trainers with a visit from the Robertson Cup. He capped things off with some pool time, doing his best SpongeBob SquarePants impression out on the back deck.