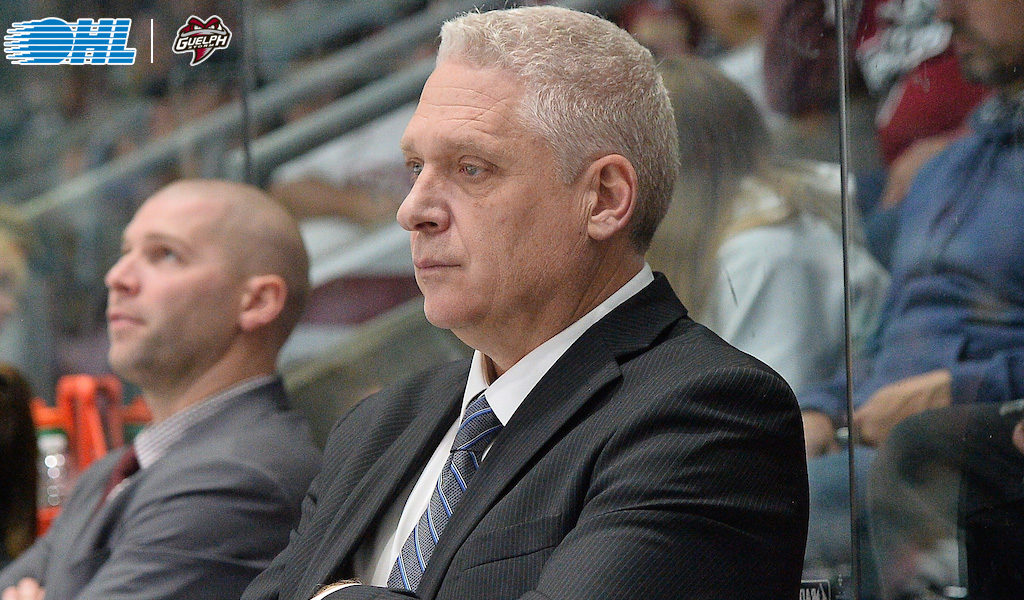 Pavel Gogolev, Danny Zhilkin and Matthew Papais scored shootout goals as the Storm edged the visiting Oshawa Generals 4-3, giving Burnett his 738th career victory behind an OHL bench to push him ahead of Stan Butler on the League’s all-time list.

Another milestone in the 23-year #OHL coaching career of George Burnett.@Storm_City bench boss earned his 738th victory on Friday, steering his club to an #OHL playoff berth while climbing to fourth on the League’s all-time coaching wins list.

It’s the latest in a season that has included a couple of significant milestones for Burnett, whose first OHL head coaching job came with the Niagara Falls Thunder in 1989-90. He joined Brian Kilrea, Bert Templeton, and Stan Butler as the fifth coach in OHL history to reach the 1,500 career game milestone on Dec. 28th.

A former forward with the London Knights from 1979-82, Burnett played three seasons at McGill University before stepping behind the bench a few short years later. He’s had coaching stints with the Niagara Falls Thunder, Oshawa Generals, Belleville Bulls, Hamilton Bulldogs and is in his second tour of duty with the Guelph Storm who he has has guided to OHL Championships in 1998 and 2019.

Burnett has also had pro experience along the way, serving as the head coach of the Edmonton Oilers and an assistant with the Anaheim Mighty Ducks. He coached the AHL’s Cape Breton Oilers to a Calder Cup title in 1993.

Burnett and the Storm are back in action on Sunday with a visit to the Sarnia Sting.