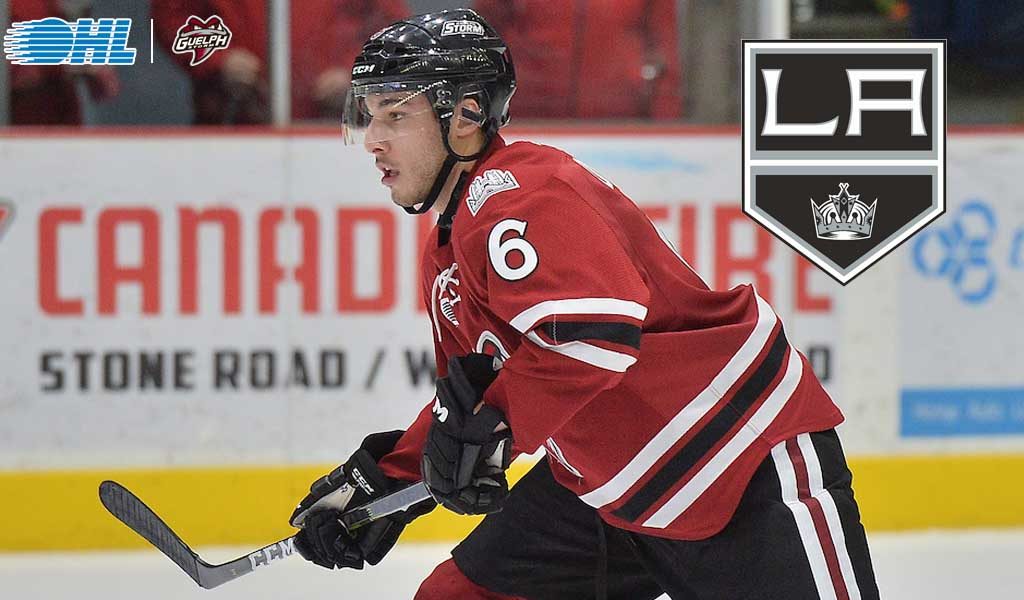 .@SeanDurzi has signed a three-year, entry-level contract with the LA Kings 🙌 https://t.co/3Zi1871pUH

Durzi registered five assists (0-5=5) in a first-round sweep of the Kitchener Rangers. He and the Storm will play the London Knights in the second-round of the OHL playoffs starting on Friday, April 5.

Acquired by the Kings in a deal that sent Jake Muzzin to the Toronto Maple Leafs earlier this season, Durzi has appeared 180 career regular-season OHL games between Guelph and Owen Sound, recording 140 points (38-102=140), a plus-68 rating and 80 penalty minutes.

Durzi was originally selected by the Toronto Maple Leafs in the second round (52nd overall) of the 2018 NHL Draft.