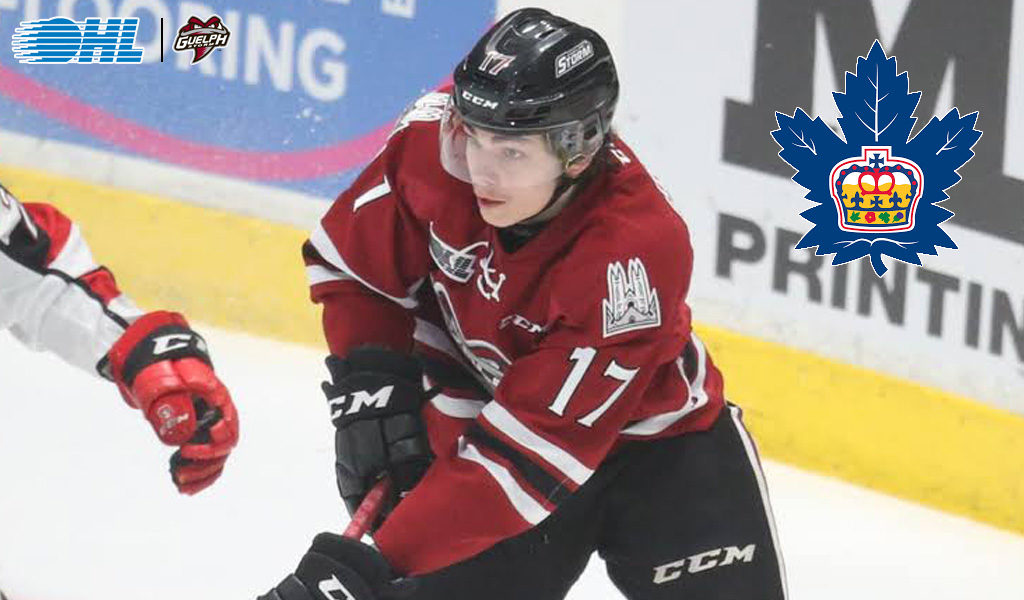 The Toronto Marlies, top affiliate of the Toronto Maple Leafs, announced their opening night roster on Monday, revealing that Guelph Storm 45-goal scorer Pavel Gogolev has signed an AHL contract with the club.

The native of Moscow, Russia played four OHL seasons from 2016-20, accumulating 90 goals, 92 assists and 182 points over 219 regular season contests between Peterborough and Guelph. Highlights included a 30-goal sophomore campaign with the Petes in 2017-18 before winning an OHL championship with Guelph in 2019 as he posted 10 points (3-7–10) in their 24-game playoff run.

Gogolev was originally Peterborough’s first round (8th overall) pick in the 2016 OHL Priority Selection and won a World Under-17 Hockey Challenge bronze medal with Russia in his rookie season. He has attended past NHL camps with Detroit (2018) and Vegas (2019).

The Marlies begin their season tonight in Manitoba for the first of four consecutive matchups against the Moose.