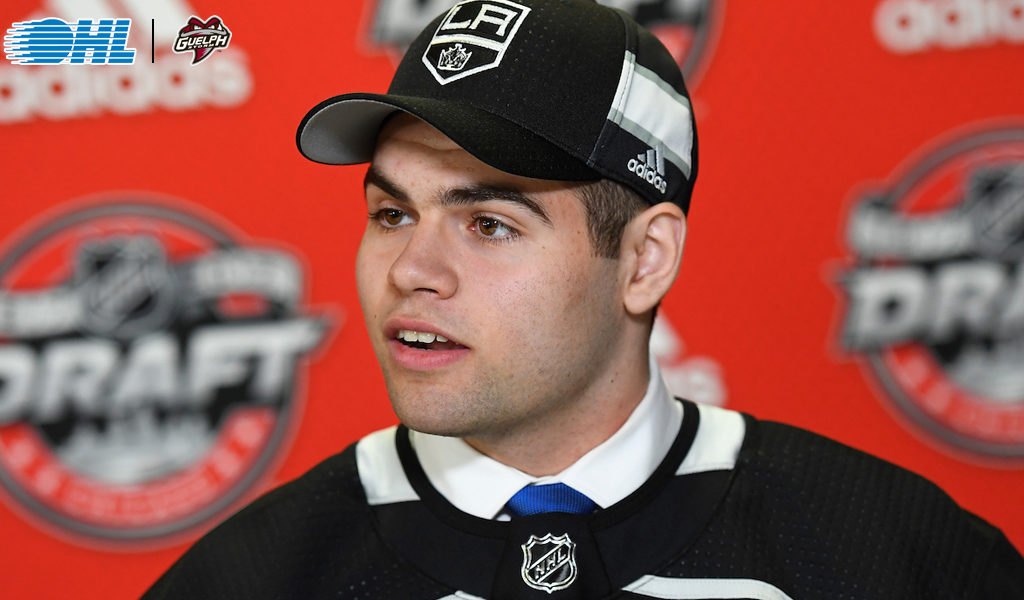 He has two goals (2-0=2) in 18 games through the first three rounds of the OHL playoffs with the Storm. He, along with recent Kings signee Sean Durzi, will play the Ottawa 67’s in the OHL finals starting on Thursday, May 2.

He also represented Team Canada at the U20 World Junior tournament this year, posting three points (0-3=3), a plus-4 rating and six penalty minutes in five games.

4:45
#OHLDay community
#OHLDay: Behind the scenes with Equipment Manager Chris Cook
19 hours ago

1:07
#PlayersFirst
#PlayersFirst Fact of the Week: Partnership with Hockey Canada and Special Events
24 hours ago