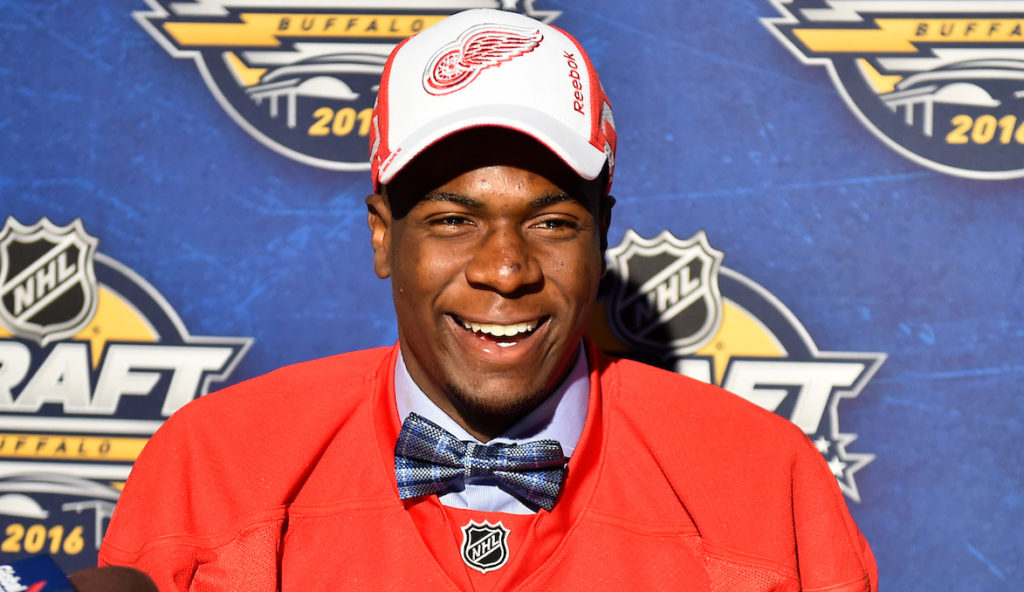 Smith, 18, was selected by Detroit in the second round (46th overall) of the 2016 NHL Entry Draft at the First Niagara Center in Buffalo, N.Y., in June. The 6-foot-2, 204-pound winger appeared in two games with the Red Wings during the preseason before returning to the Ontario Hockey League’s Guelph Storm for his fourth season of major junior hockey.