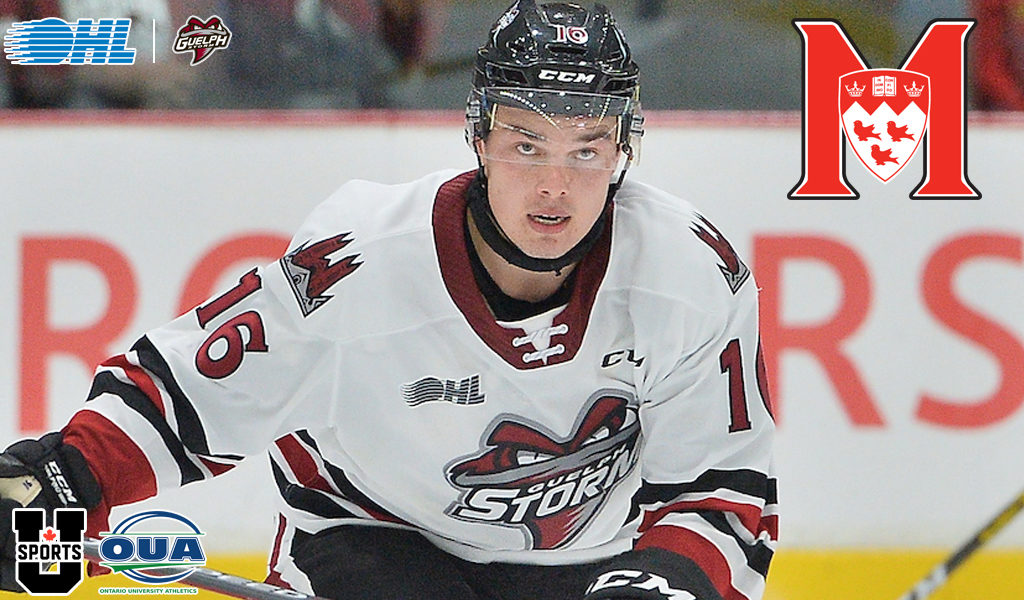 A 20-year-old right-winger from Kitchener, Ont., Uba put together a great 2019-20 campaign for the Storm, scoring 29 goals while adding 29 assists for 58 points over 63 contests. His achievements earned him third place in Western Conference most underrated player voting on the OHL Coaches Poll. He was also the Storm’s nominee for the Roger Neilson Memorial Award given to the League’s top academic post secondary student.

Uba joins a McGill program steered by OHL alumnus Liam Heelis behind the bench. The Redbirds played to a 16-12 mark in 2019-20, finishing fourth in the OUA East Division.

We welcome Eric Uba to McGill Redbirds Hockey. He joins us from the Guelph Storm (@Storm_City) of the OHL (@OHLHockey).

Eric is a Roger Neilson Memorial Award Nominee as Top Academic Student in the OHL. He produced 58 points (29G-29A) in 63 games. pic.twitter.com/5ahyLKLWNV