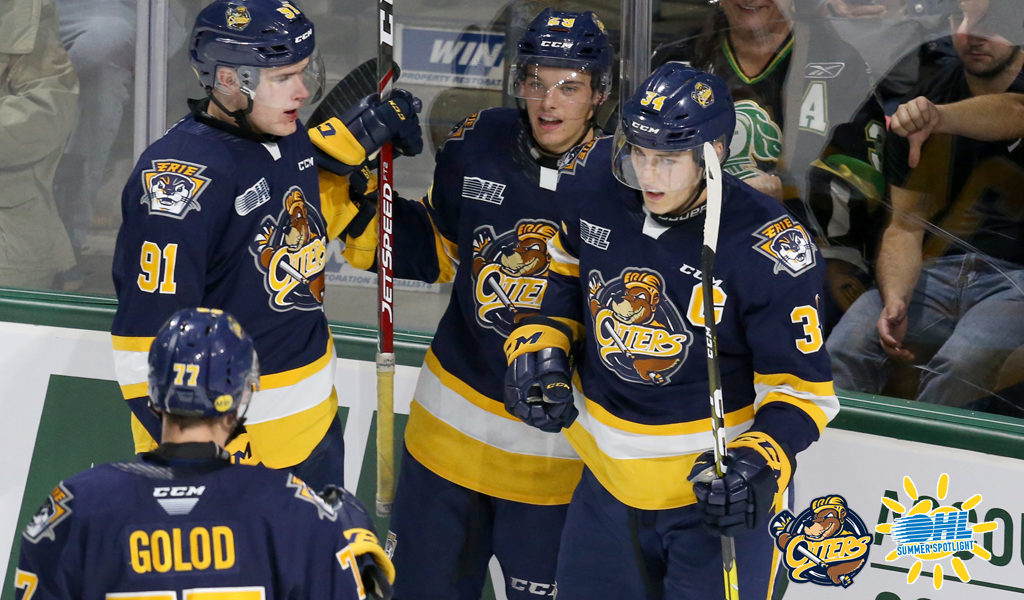 When the Erie Otters hit the ice next season, they’ll have a lot to celebrate.

The organization is gearing up for their 25th anniversary season and have plans to recognize it in some pretty exciting ways.

Among those exciting plans are the Erie Insurance Arena’s $12 million dollar renovation, the release of some flashy new threads, and some regular activities centred around Saturday evening games.

For General Manager and newly appointed VP of Hockey Operations Dave Brown, the upcoming milestone season allows for the opportunity to thank some of the prominent alumni that have come through the system over the years.

“We’re looking to do something where we can give back to the people who gave us those 25 great years in Erie,” said Brown. “How do we recognize these guys? How do we do a good enough job of saying thank you?”

Have you voted for you favorite Erie Otters in our 25th anniversary team fan vote? First round of voting ends next week! Who are your favorites to put on an Erie Otters jersey?

Since joining the organization in 2010, first as Director of Hockey Operations and then as General Manager in 2015, Brown has had a hand in some crucial success for the organization that includes three division titles, two regular season titles, the team’s second ever OHL championship and a resulting Memorial Cup berth in 2017. They’ve seen a plethora of league leaders and future NHL talent come through including the likes of Connor McDavid, Alex DeBrincat and Dylan Strome.

“The plan is to try to get as many alumni from the past 25 years back into Erie over the course of the 2020-21 season and we’re real excited about that. Obviously we’ve had a lot of great times and those times can’t be had without those great players and great staff. I think we owe it to all those people to recognize them,” he continued.

Brown’s new role involves working more closely with the team’s business staff on a regular basis. It’s a challenge he’s still getting familiar with, he admits, but one he’s passionate about – especially when it comes to fun, innovative ideas.

“It’s given me new energy,” he said of the new position he was granted a month ago.

“I love our staff and how we’re working together to come up with some new innovative ideas. It’s been exciting times and it’s been a lot more intense for me only because I’m learning all new things and learning from staff on a day-to-day basis.”

The @ErieOtters have assigned General Manager Dave Brown the added responsibility of serving as the club’s Vice President of Operations.

While those ideas must come about in the midst of some already challenging times, one of the positives has been more time to introduce some new programs to help strengthen the team’s culture; for example, bringing in some of those Otters alumni to speak with veteran players on a weekly basis online. Recently, players heard from former NHL defenceman Carlo Colaiacovo, a member of the 2001-02 OHL Championship squad.

“It’s probably something we’ve been trying to get in full motion for a few years but now we’ve had the opportunity to proceed. It gave us time to for everyone to sit back and learn and continuous learning is important.”

The extended offseason has also provided the organization more time to prepare for their exciting anniversary season. Though there have been lots of unknowns throughout the planning process, a December 1st start date has now allowed for those plans to start rolling out.

As for what else is in store for the highly anticipated 2020-21 campaign, fans will just have to wait until puck drop.

“Some exciting times on the horizon and we’re excited for the season to get here,” Brown finished. 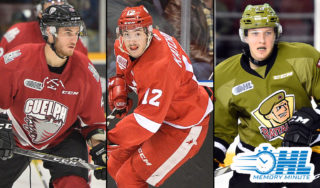