Summer With Stanley: OHL grads spend a day with the Cup 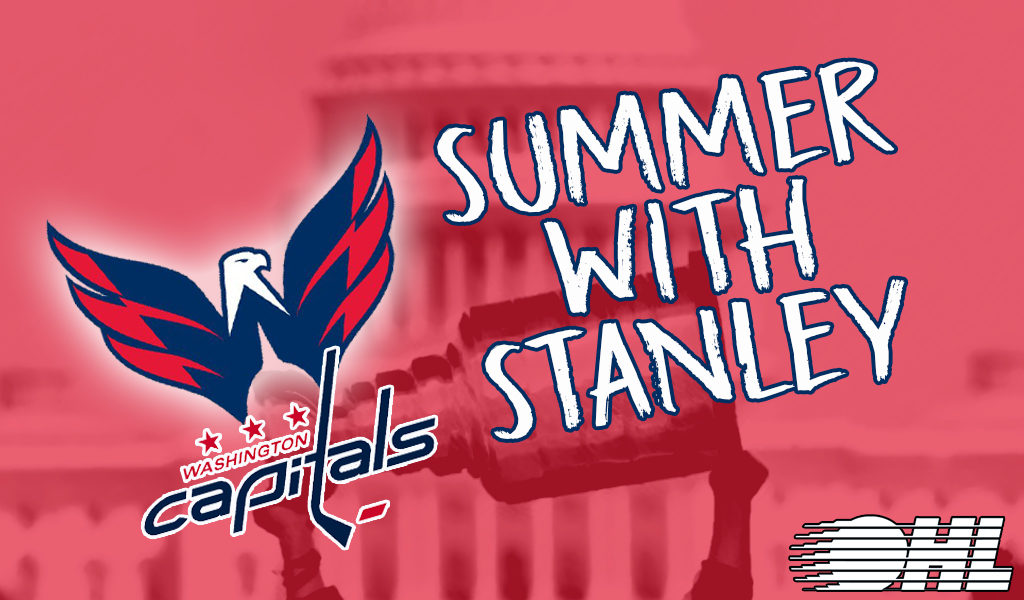 Celebrating their first Stanley Cup title in the franchise’s 44-year history, the Washington Capitals are having a summer to remember.

Here’s a look at those experiences drawn from sources across the web, most notably Hockey Hall of Fame ‘Keeper of the Cup’ Phil Pritchard (@keeperofthecup) who is making his way across the globe over the next several weeks.

Though now officially a member of the Colorado Avalanche, former Mastercard Memorial Cup champion Philipp Grubauer had his day with the Stanley Cup in his hometown of Rosenheim, a city in the Bavaria region of southeast Germany. The former Caps netminder took the trophy to Emilio Stadion, home of the Rosenheim Star Bulls Hockey Club that he played for prior to coming to the OHL in 2008. He had a number of visits with different personalities including a group of cows in a farmer’s field while also donning traditional German lederhosen in front of an enthusiastic rally of adoring fans.

Good Morning Bavaria! Starting in town and heading to the top of the mountain with the #StanleyCup @philgrubauer31 @NHL @Capitals @HockeyHallFame pic.twitter.com/zy6CGM9t4r

After making a surprise appearance at Jakub Vrana’s celebration in the Czech Republic, Erie Otters graduate Andre Burakovsky started his day with the Stanley Cup at his parents’ house in Malmo, Sweden, taking the time to get a picture with childhood friend and fellow OHL graduate Rasmus Andersson. He then visit the bridge head of Oresundsbron, the bridge that divides Sweden from Denmark. He then had a celebration at Limhamns IP, the arena he learned to skate at as a six year-old. The celebrations continued into the night in downtown Malmo.

Getting a quick pic with his silver buddy in the backyard before the days starts. @andreburakovsky #StanleyCup @NHL @Capitals @HockeyHallFame pic.twitter.com/6TQMRgmrHI

“Started skating here when I was 6” @andreburakovsky #ALLCAPS #StanleyCup pic.twitter.com/Hhsg3EFFOD

The rain came down and the thunder crashed but that didn’t stop the Scarborough faithful from coming out to see Mississauga St. Michael’s Majors graduate Devante Smith-Pelly with the Stanley Cup. The big winger visited the Black Dog Pub, posing for photos with fans as a long line of umbrella-toting supporters waited outside. Among the fans in attendance was childhood friend Chris Stewart, an OHL grad who spent last season with the Minnesota Wild and Calgary Flames. The two shared old stories and reflected on their years growing up in Scarborough along with fellow OHL grad Wayne Simmonds. Smith-Pelly also paid a visit to Toronto’s SickKids Hospital downtown before heading to Scarborough where Toronto Mayor John Tory was among those in attendance.

You know you’re a #StanleyCup champion when you have your own ice sculpture. @smithpelly23 @NHL @Capitals @HockeyHallFame pic.twitter.com/enycKOnj7m

Plymouth Whalers grad Tom Wilson took the Stanley Cup home to Toronto, starting the day at North Toronto Memorial Arena where he grew up playing his youth hockey. The power forward was met by a standing ovation and a host of family and friends before holding a Q & A session and meeting young fans. Wilson welcomed a special guest, Brock from Sick Kids Hospital who overcame significant health issues thanks to treatment he received at the world-renowned medical centre. Sunday’s event benefitted the hospitals SickKids Foundation. Toronto Mayor John Tory also made an appearance as a new banner was unveiled at the arena, an image of Wilson hoisting the Stanley Cup next to the pre-existing banner honouring Eric Lindros, another North Toronto talent. Wilson also took the cup to Ontario Place marina.

“We did it” @tom_wilso #ALLCAPS #StanleyCup pic.twitter.com/1ZJeXSykJJ

Hundreds of courageous children at SickKids got to spend their day with the #StanleyCup and @tom_wilso. https://t.co/5s0LUcQpuD

London Knights graduate John Carlson celebrated the Fourth of July in fine style, keeping the Stanley Cup in Washington. Carlson grew up in Colonia, NJ, but lives in Washington year-round and celebrated in various locations across the region including the Bethesda Fire Station and the Children’s National Health System. The cup finished the day in Chevy Chase, MD at the Kenwood 4th of July Parade before making an appearance at the Michael Mosier Defeat DIPG Foundation in Bethesda. The Mosier Foundation funds research to find a cure to diffuse intrinsic pontine gliomas tumors, a rare childhood brain cancer. It was founded by Jenny and Mark Mosier after their 6-year-old son, Michael, died in 2015.

No place like home when the @StanleyCup is in town. https://t.co/XbrNB7HKX6