Sunday Highlights: Goals aplenty to close out the weekend 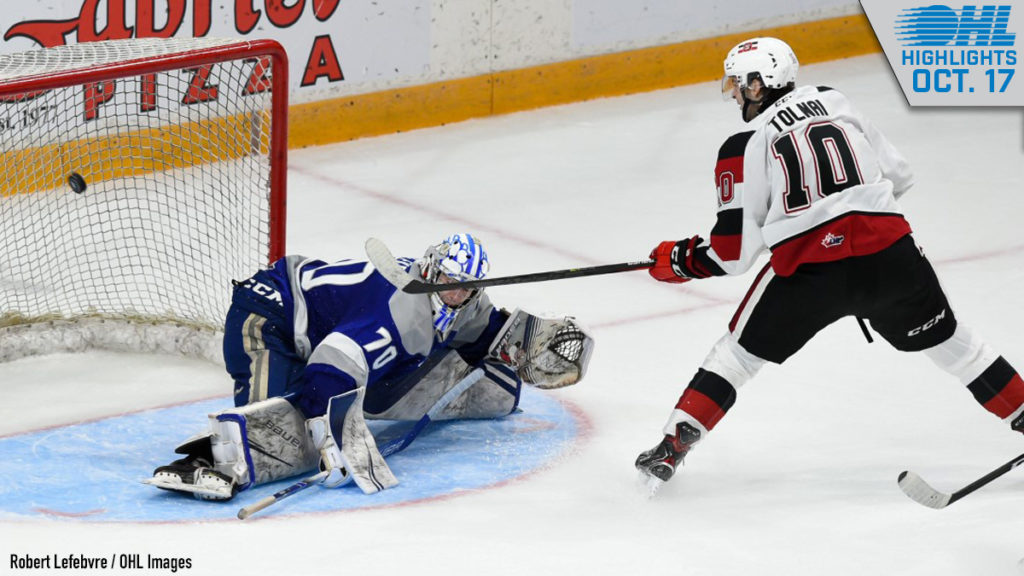 Colts close out Battalion in North Bay to pick up second win of the season.

Take in back-to-back goals off the stick of @TommyJo22831725 en route to a big @Ottawa67sHockey win on home ice 🎥 pic.twitter.com/lBztxTLtDq

SAGINAW 2, ERIE 1
– Spirit rookie Calem Mangone scored his first OHL goal to help his team edge the Otters 2-1 on Pink Out Night for their first win of the season.
– T-Bone Codd added a highlight reel goal just over a minute later to widen the lead and led with seven shots on net.
– Brett Bressette scored Erie’s lone goal a minute before Mangone’s tying marker.
– The shots ended 27-22 in favour of the Spirit.
– New York Islanders prospect Tristan Lennox made 21 saves in his first win of the season.
– Erie’s Marshall Nicholls made 25 saves in his OHL debut.
GAME CENTRE & HIGHLIGHTS

Your Saginaw Spirit hang on to beat Erie on Pink Out Night for their first victory of the season.#SoarWithUs🦅 #SweetVictory pic.twitter.com/XtzrFfQH18

Watch @Cal_Ritchie find the back of the net a second time as his @Oshawa_Generals emerge victorious in front of a home crowd 🎥 pic.twitter.com/JTwzH9b3EW