Suni, Rafkin and Piiroinen included on Finland’s U20 summer roster 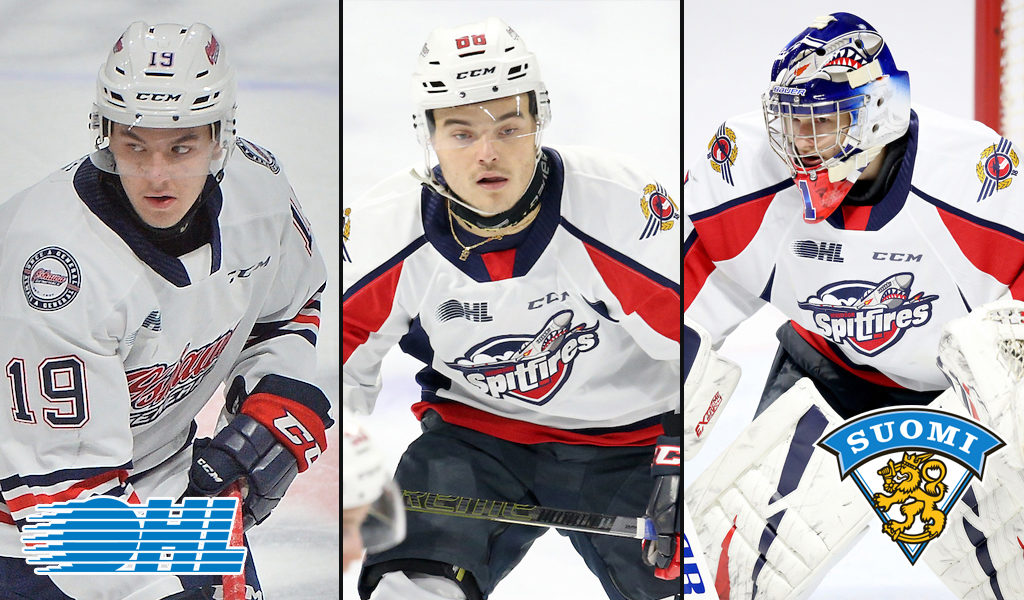 Suni, selected 44th overall in the 2019 CHL Import Draft, put forth 32 points (12-20–32) over 43 games in his first season with the Generals. Rafkin was good for 31 points (4-27–31) over 59 appearances on the Windsor blue line this past year and Piiroinen suited up for 30 games in net for the Spitfires, posting a .875 save percentage and 3.70 goals-against average over his second OHL stint. Suni and Rafkin have represented Finland at the U17 and U18 levels while Piiroinen was named to Finland’s U20 roster last year.

Following the conclusion of the 2019-20 OHL season, it was announced Piiroinen had signed a pro deal with Tappara in the Finnish Elite League and that Rafkin had also opted to return to Finland after signing a two-year deal with TPS in his hometown of Turku.