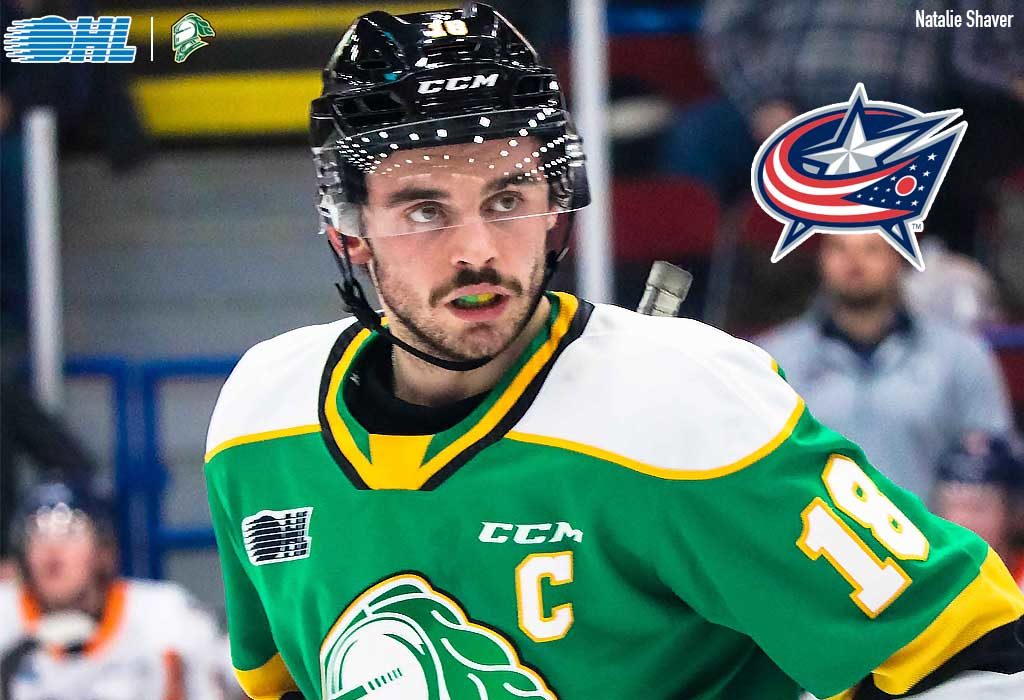 The call that every young hockey player dreams about can sometimes be the one they’re most surprised to get.

This was the case for London Knights co-captain Liam Foudy who found out Sunday night that on Monday he would be making his National Hockey League debut with the Columbus Blue Jackets.

“At first I kind of was in shock and just got on a flight right after and came in last night,” Foudy told reporters after Monday’s morning skate. “You don’t expect these kinds of things but when it happens you just have to be ready.”

It’s rare for a Canadian Hockey League player to be called up mid-season, however under emergency circumstances, the option can be exercised. Such was also the case a year ago when Ottawa 67’s goaltender Michael DiPietro joined the Vancouver Canucks for his first professional start.

While Foudy’s played in some big games this season, including last month’s gold medal final at the World Junior Championship, there’s nothing like stepping on the ice in the NHL.

“Right off the start I was looking around at how this stadium is much bigger than any other rink I’ve been in,” he told reporters post-game. “Just taking it all in right off the bat was pretty special.”

As for nerves, Foudy quickly settled into a role on the wing with fellow CHL grad Boone Jenner and Gustav Nyquist up against one of the league’s top teams in the Tampa Bay Lightning.

“I think (it took) a couple shifts (to get comfortable) and then you realize it’s just a hockey game and you don’t want to overthink it too much and just go out and play your game.”

For Foudy, the game provided an opportunity to not only contribute but to make the first impression he missed out on during training camp while sidelined with injury.

“It feels good. Torts (coach John Tortorella) calling my name to go out there near the end of the game shows he has confidence in me and and trust and it definitely feels pretty good.”

In 10:23 of ice time, including key shifts down stretch, Foudy was able to showcase the speed that made him a first round pick in 2018, much to the delight of head coach John Tortorella despite the 2-1 overtime loss.

“(Foudy) showed really good poise. I don’t think he was tentative at all,” Tortorella said during his post-game press conference. “His skating sticks out. He is a fast player. I liked his game. Watching his game from the bench, without doing video, I liked a lot of things about his game.”

That confidence should bode well for Foudy who returns to London with 43 points in 32 games for the Knights who are in the thick of a battle for the Ontario Hockey League’s Western Conference crown and are currently riding a 10-game winning-streak.

Right back into action on Tuesday night at home to the Guelph Storm, it will surely take Foudy some time to truly savour what he endured over a 24-hour whirlwind.

“I think in the next couple of days it will sink in how special this whole experience was and this game.”