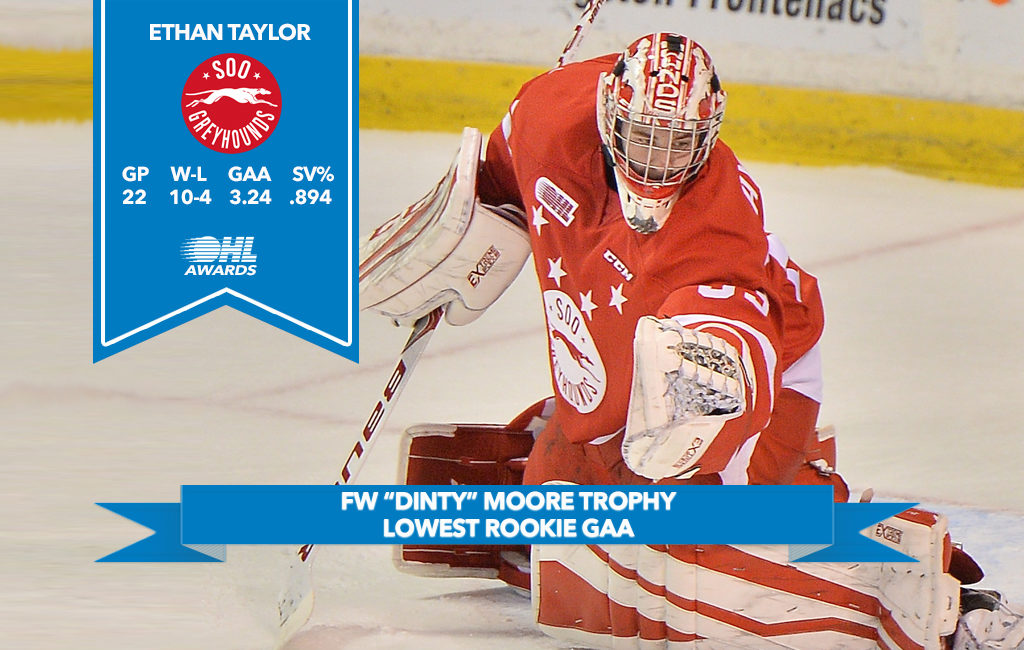 Ethan Taylor posted the best-goals-against-average among OHL rookie goaltenders in 2018-19 with a mark of 3.24.

The 17-year-old from Trenton, Ont., appeared in 22 games for the Greyhounds this season playing to a 10-1-2-1 record with a .894 save percentage.  Chosen by the Greyhounds in the ninth round of the 2017 OHL Priority Selection from the Quinte Red Devils Minor Midgets, Taylor played Midget AAA a year ago in Quinte before committing to the club in September.  He won his first career start on October 5 turning aside 36 shots in a 4-1 win over the Kingston Frontenacs.

The trophy is named after F.W. “Dinty” Moore of Port Colborne, ON, who served as OHA President from 1942-45.  In order to qualify for this rookie award, a goaltender must play a minimum of 900 minutes.  Jordan Kooy of the London Knights won the award last season with a 3.11 goals-against-average, with other recent recipients including Michael DiPietro of the Windsor Spitfires (2.45 GAA) and Michael McNiven of the Owen Sound Attack (2.79 GAA) winning in 2016 and 2015 respectively.