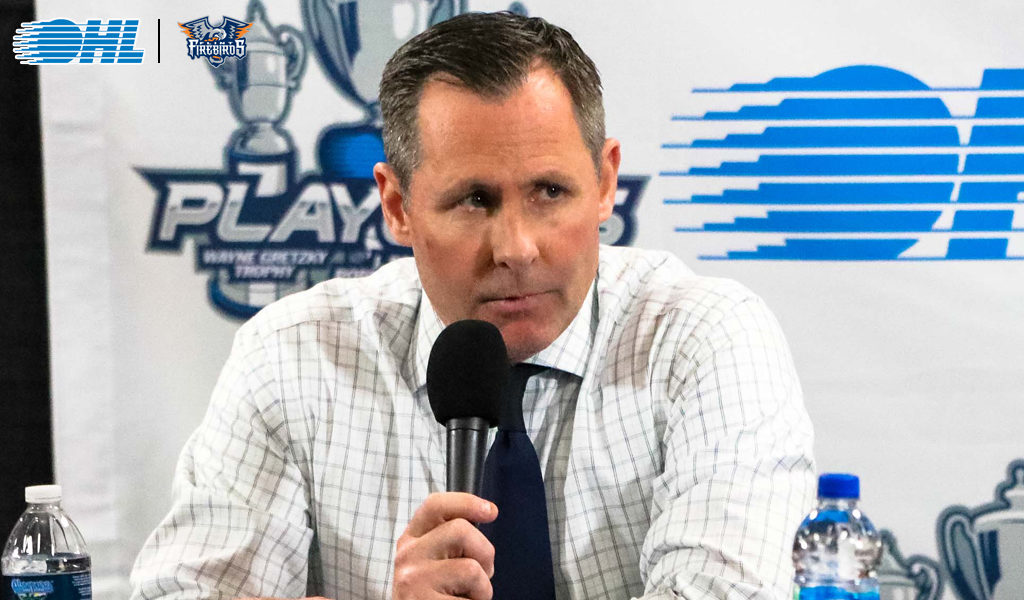 Flint, Mich. – The Flint Firebirds announced today that Head Coach Ted Dent will continue to serve as the team’s General Manager while maintaining his head coaching duties. Dent assumed the role of interim GM back in March.

“Ted has been an integral part in helping to build a winning culture here in Flint this past season”, said Owner, Rolf Nilsen. “We are excited to have him continue on as the GM and Head Coach of the Flint Firebirds and look forward to another great year with him leading our hockey operations.”

In his first season with the Firebirds, he helped guide the team to their best season in franchise history setting new highs for wins (42) and points (89) en route to an appearance in the Western Conference Finals.

Dent was named the Western Conference nominee for OHL Coach of the Year. He came to Flint with almost two decades of experience in pro hockey at the NHL, AHL and ECHL levels. Most notably he coached and developed nearly two dozen players while head coach of the Rockford IceHogs, the Chicago Blackhawks affiliate, during their franchise’s run to three Stanley Cups in the 2010s.