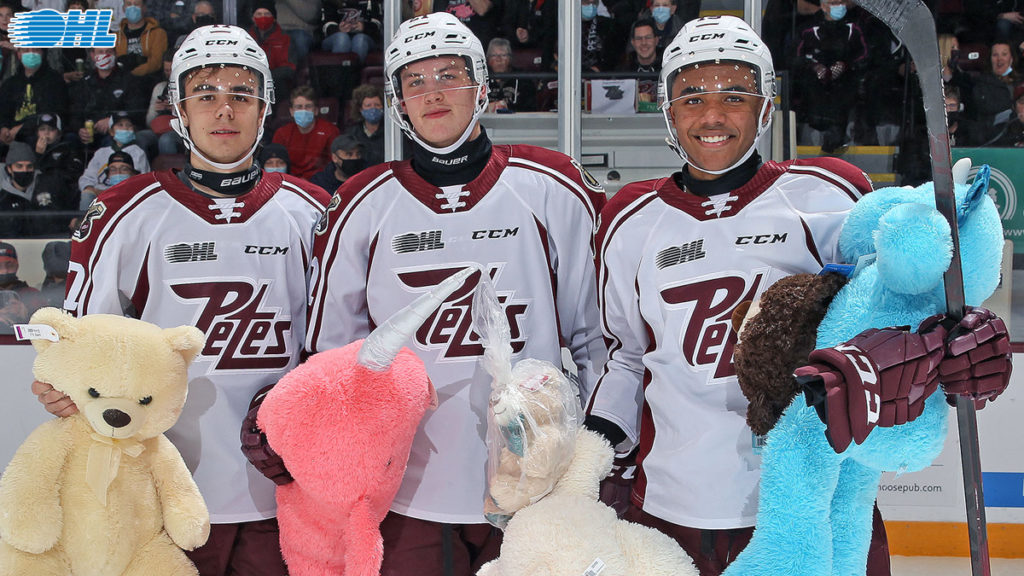 December is here and with it, Teddy Bear Tosses across the Ontario Hockey League!

Don’t miss the Teddy Bear Toss in your city as teams collect stuffed toys to be distributed to charitable organizations in their communities.

Carroll cues the bears in Peterborough!

A well-executed wraparound brings @PetesOHLhockey fans to their feet, and teddy bears to the ice 🧸 pic.twitter.com/smkiFQHuES