Tenth Edition of Under-15 Program of Excellence Camps Announced 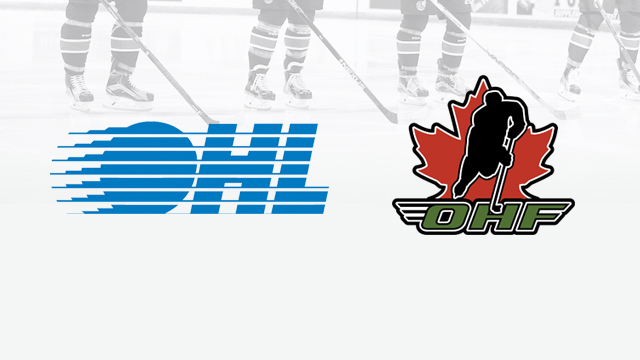 The Ontario Hockey Federation (OHF) and Ontario Hockey League (OHL) are excited to unveil plans for the 2017 Under-15 Program of Excellence (POE) Development Camps. In total, five camps will take place across Ontario, introducing young players – and their families – to the high performance stream of hockey.

Now in its tenth year, the U15 POE Camps help lay the groundwork for Ontario athletes’ success in Hockey Canada’s Program of Excellence and beyond. There are many notable players to have participated in the camps over the last ten years, including recent World Junior Championship silver medalists Dylan Strome (Erie Otters), Mitchell Stephens (London Knights), Michael McLeod (Mississauga Steelheads), and Taylor Raddysh (Erie Otters).

“Ten years is a long time to be running any one program and the longevity of the Under-15 Camps is a testament to the quality coaching and education given to the players,” said Tony Foresi, OHF President. “These camps offer young athletes a glimpse inside the high performance world of the Program of Excellence and we hope, within that, they find the inspiration to continue pursuing their goals.”

Each U-15 camp offers an introduction to the Program of Excellence and the Ontario Hockey League. It is designed to inform and educate all participants and their families, while also creating a unique and special experience, both on and off the ice.

“Providing U-15 student athletes the opportunity to experience OHL coaching along with off-ice seminars from experts in nutrition, fitness, sports psychology, and mental health, is a very special experience we’re proud to help deliver in partnership with the Ontario Hockey Federation,” said OHL Commissioner David Branch. “It’s incredible how much this program has grown in 10 years and seeing the hundreds of players and families who have benefited thus far is truly rewarding.”

For a complete list of dates and locations, along with information on how to apply to the program, please visit http://www.ohf.on.ca/view/ohfmainsite/ohf-ohl-under-15.