The Week That Was – Bedard eager to begin rookie season 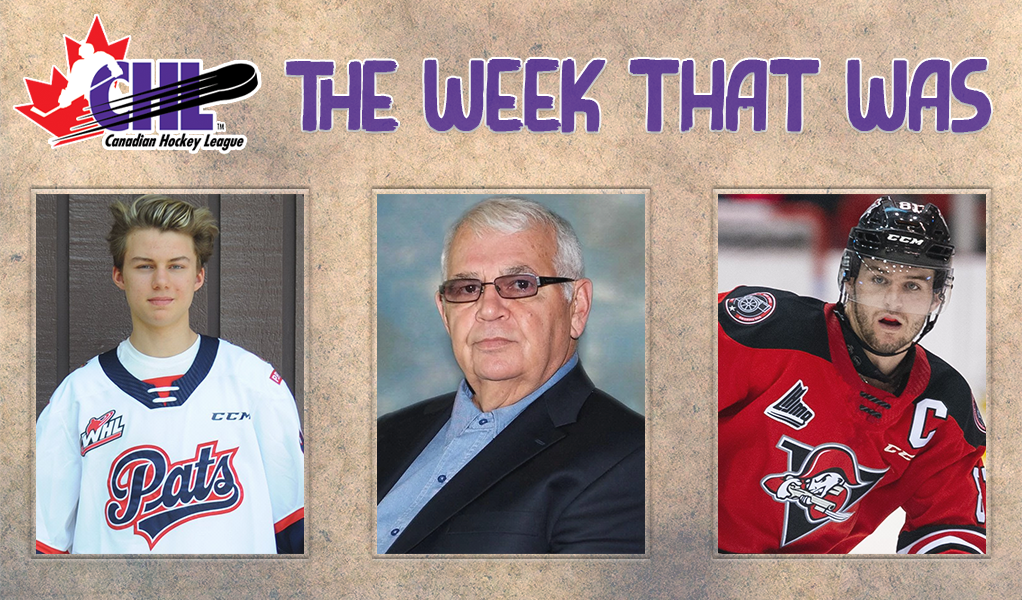 The exceptional Connor Bedard is ready to write the next chapter of his hockey story.

The first player to be granted early admission into the WHL, the native of North Vancouver, B.C., recently returned to Canadian soil following a trial run in Sweden. The opportunity was a learning experience for the 15-year-old who will make his WHL debut when the league returns to play January 8.

Connor Bedard of the @WHLPats is back from training in Sweden. He caught up with media on Thursday to discuss the experience.

“They train a bit different than we do. It’s some neat stuff that I think I can incorporate into my game,” Bedard told reporters. “(Sweden) has four practices just based on skill, which is a lot different in-season. We do that in the summer. They focus on (puck control) a lot and being able to protect the puck. Coming back now, when I am on the ice, I feel like I have gotten better.

“It was good learning new things, new skills, and I think it helped me … I decided to come back and train and get ready for our year. I am on the ice six or seven times (a week) and working out five or six times, so it’s pretty normal.”

The junior hockey circuit mourned this week following the passing of Larry Mavety. He was 78.

A noted builder of the game, Mavety spent decades behind the bench and in the managerial suite with both the Belleville Bulls and Kingston Frontenacs. A native of Woodstock, Ont., Mavety stands as the all-time winningest coach for both franchises while ranking fifth across the entire CHL with 1,514 games coached.

“There are many things that (Mavety) contributed to our game, but most importantly what stands out in my mind is how he took care of his players,” said OHL Commissioner David Branch. “The OHL and its teams are greatly indebted to certain individuals that have contributed to our League, and Larry Mavety is one of those people.”

A life in hockey leads to accolades and Mavety’s trophy case is no different, highlighted by OHL Coach of the Year honours in 1990, induction into the Belleville Sports Hall of Fame in 1992, while in 2018 he was named recipient of the Bill Long Award in recognition of distinguished service and outstanding contributions to the OHL.

The hockey world has lost a great man. Mav was my coach, my GM and a friend. Condolences to Brenda and family. Thanks for giving me a chance. Larry Mavety you will be missed. RIP pic.twitter.com/il9Q8We6oh

Mavety’s profound impact on the hockey world was also evident with the outpouring of condolences that followed his passing. Among those was close friend and fellow OHL coaching legend Brian Kilrea, who manned the bench of the rival Ottawa 67’s for 32 seasons.

“His players loved him because he was honest with them,” recalled Kilrea per the Canadian Press. “He lived by his word.”

Former Frontenacs president and Cornwall Royals alumnus Doug Gilmour, who played under Mavety in the former OPJHL, also offered up his sympathies, telling Ian MacAlpine of the Belleville Intelligencer, “He was my coach, my GM, and also my friend. I got to know the guy a long time and we had some good times together and shared some good stories. He was a good man, a man’s man. He had that rugged voice but had a heart of gold.”

Xavier Simoneau has his latest chance to impress.

One of 42 CHL players currently competing at Canada’s National Junior Team Selection Camp in hopes of earning a spot at the World Juniors, the native of Saint-Andre-Avellin, Que., remains undeterred despite the scouting community’s apparent apprehensions about the undersized centre.

Simoneau, 19, went unselected in the past two NHL Drafts despite his most recent season seeing him lead the Drummondville Voltigeurs with 89 points – fifth-most in the QMJHL – counting 28 goals and 61 assists over 61 appearances.

“I was looking at the draft pretty close, but when I didn’t see my name, I was really pissed off,” Simoneau told Jason La Rose of Hockey Canada. “But the next day I woke up, and I go to the rink with the same mindset, like I can prove those (NHL teams) wrong.”

Added Voltigeurs head coach Steve Hartley, “He was disappointed but he didn’t sit in the corner and pout. He came back to the rink the next day and he went about his business. And I think it showed that he was the best player on the ice.”

Volunteering his time with minor hockey, visiting schools and hospitals and launching 'Les amis à Simy' — Xavier Simoneau, the @CHLHockey Humanitarian of the Year, is making an impact on the ice and in his community.#WorldJuniors | @Voltigeurs_DRU

A leader both on and off the ice, the Voltigeurs captain earned recognition as the 2019-20 CHL Humanitarian of the Year given his active community involvement that included working alongside organization like the Autism Centre of Quebec and the Drummondville Minor Hockey Association, in addition to launching his own ‘Friends of Simy’ program that rewards children who work hard in the classroom and those who have overcome hardship.

“I don’t have kids, a wife, and I have nothing else to do (when I’m not at the rink),” Simoneau said. “So, why not? I’m not a big fan of Xbox, so I’m not going to sit in front of my TV all day in my free time. I want to share that time with my community.