Thomas keeping busy in the offseason 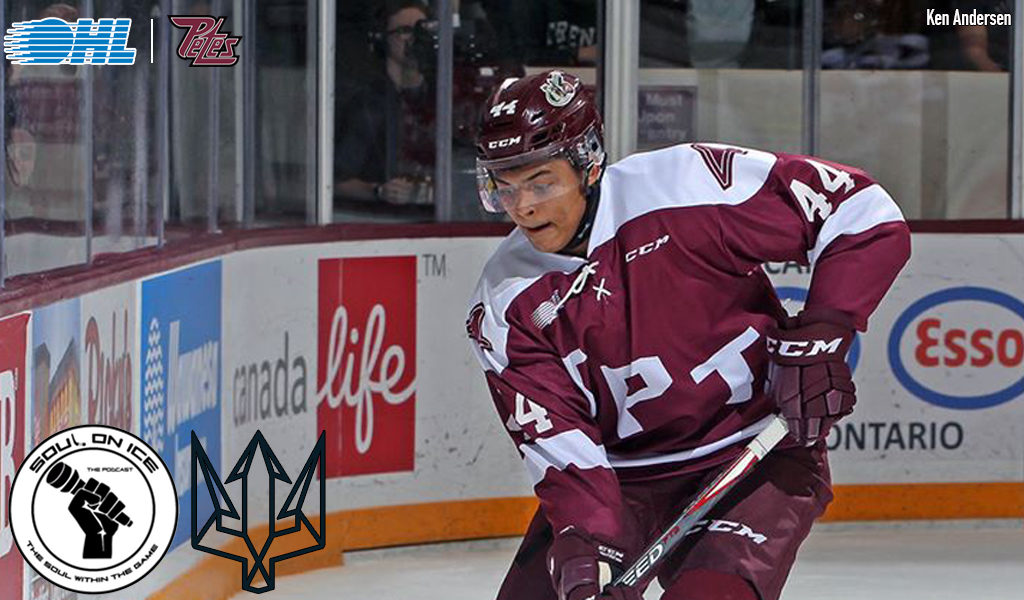 Akil Thomas might be stuck at home like the rest of us, but he’s been anything but bored.

First and foremost, he’s been focused on becoming NHL-ready. In his day-to-day, the 20-year-old does all the things he needs to do to give himself the best chance to crack the Los Angeles Kings lineup: he’s been practicing his stickhandling, shooting a lot of pucks and sticking to his workout regime.

With his extra time in the extended offseason, he’s working on his many projects.

“I have a lot on the go right now so if anything, I’m busier than ever because I have so much time to do the many things I’m working on.”

By now you’ve probably heard about his clothing line, Zale Apparel. It’s an operation he works on continuously throughout the season with his friend and business partner, Ethan Low. Inspired by a desire to make his own income at 13 years old, the two of them have since grown Zale into a big success with a widespread audience.

Balancing his entrepreneurial endeavour with hockey can be challenging, Thomas admits. He knows it could easily become a distraction – especially because to him, putting the work in doesn’t really feel like work at all since he enjoys it so much.

But the Peterborough Petes forward describes himself as “the type of guy who is always thinking about hockey” and welcomes the opportunity to lend his focus to something else when time allows.

“I’m a pretty focused guy, but at the same time I think something to think about other than hockey is good for a guy like me,” he said.

Between his gold medal heroics at the World Juniors with Team Canada and a deadline trade that sent him to Peterborough a week later, last season was a busy one for Thomas. He finished the shortened year with 24 goals and 84 points and surpassed the 300 OHL point milestone.

Impressively, he did it while ensuring he was able to regularly work on his thriving business. He spends a little bit of time each day on Zale, whether it means answering emails, designing something, or having a meeting with his partner. Now, with more time on his hands, he has big plans for the future of the line, including a newly announced NHL 20 Tournament esports event in collaboration with Just Dishin, another hockey apparel brand.

He’s also had time to continue pursuing another passion of his.

His most recent venture is “Soul on Ice: The Podcast” that he hosts alongside Elijah Roberts, his former Niagara IceDogs teammate, and Kwame Mason with whom he worked with previously on the film “Soul on Ice: Past, Present & Future” that focuses on the history of black hockey players and what the future of the game will look like.

With a little extra free time, @AkilThomas2 joins Kwame, Director and Producer of the Documentary @soulonicemovie, and Elijah Roberts to launch the Soul on Ice Podcast.

🎧 Find out what the LA Kings prospect has to say about life without hockey ↓ https://t.co/TLP5fIM18m

The podcast follows a similar theme with a style inspired by popular hockey podcast Spittin Chiclets. Thomas liked the idea of having a bunch of players, past and present, telling stories together, and wanted to become involved in something similar that focused on minorities, for it’s a space he feels is lacking in the sports realm.

“Being a minority that is becoming an influencer in hockey and in life in general, I’ve decided it was a good opportunity because not too many people are focusing on it,” he said.

It was also an idea that stemmed from the many conversations he and Roberts would have over their time together in Niagara, usually over pregame meals.

“A staff member on the IceDogs said ‘you guys talk and argue so much, you should start a podcast’ so we joked about it and then thought with the platform and the following Kwame already has, it was a perfect fit for us to do it,” said Thomas.

As time would tell, it ended up being an ideal time to launch a podcast. Eight episodes in, Soul on Ice has received positive feedback with a growing listenership and guests that include Sudbury Wolves forward and World Junior teammate Quinton Byfield as well as Canadian Olympian Sarah Nurse.

In between those two projects, Thomas has been working on his cooking skills and practicing his Spanish. A couple weeks ago, he hopped on a phone call with his former high school to announce the end of year award winners. He has ventured into the esports world, streaming for charity – something he’s also hoping to continue next season if possible.

But generally, he says he doesn’t gravitate toward video games and movies in his free time. In fact, he has a hard time fitting them into his schedule, with so much on the go.

“That’s something I take pride in, trying to fight myself to find time for video games because it’s not something I’m focused on,” he said.

Though practices throughout the week and games every weekend make for an already hectic schedule, Thomas welcomes the opportunity to fine-tune his focus on his other projects when time allows.

“I think if anything, it’s kind of helped me take my mind off hockey and reset mentally every day,” he said.

But above all, hockey comes first, he reminds us.

“I’m not really sure where it’s all going to go but if it doesn’t get in the way of my time in hockey, then I’m down for it,” he finished.

OHL Mourns the Loss of Adam Comrie
3 hours ago