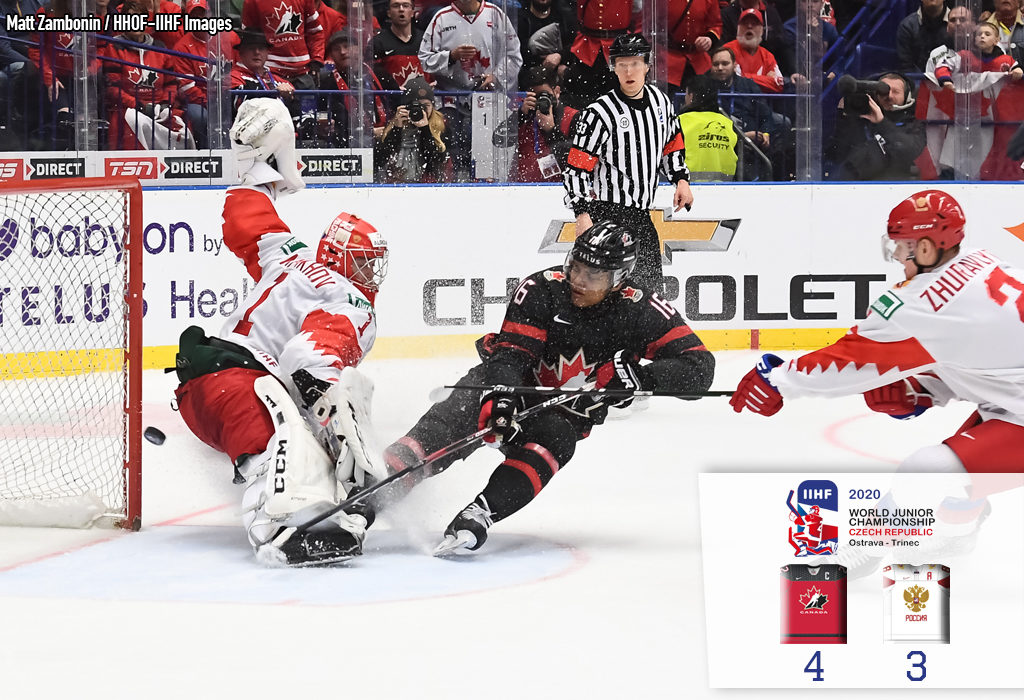 After a scoreless first period that saw eight penalty minutes for Canada, St. Louis Blues second rounder Nikita Alexandrov (Charlottetown Islanders) struck first for Russia on their fifth power play midway through the second. Buffalo Sabres draftee Dylan Cozens (Lethbridge Hurricanes) shot the puck in on a rebound to tie the game minutes later, also on the power play. Florida Panthers pick Grigori Denisenko put Russia back in front at the 14:46 mark, sliding the pack past Joel Hofer (Portland Winterhawks) on a rebound. The Russians would carry the lead into the third and expand on it when Maxim Sorkin lifted the puck over the blocker to make it 3-1. Washington Capitals first rounder Connor McMichael (London Knights) acted quickly, scoring less than a minute later to cut Russia’s lead, and a power play snipe from Arizona Coyotes forward Barrett Hayton (Soo Greyhounds), who was back in the lineup after leaving the ice late in the semifinal game with an injury, tied the game 3-3 just two minutes later. Thomas rushed into the zone alone and scored his only goal of the tournament with just four minutes left on the clock, lifting Canada to a 4-3 lead that they’d secure to the final buzzer.

Top 2020 NHL Draft hopeful Alexis Lafreniere was recognized as the tournament’s Most Valuable Player, while Hofer was named Best Goalie. Hayton, along with both Lafreniere and Hofer, were also named All-Stars.

Carolina Hurricanes draftee Patrik Puistola put Finland on the scoreboard 8:22 in, and Toronto Maple Leafs prospect Rasmus Sandin responded soon after with one for the Swedes. An unassisted goal from Matias Maccelli, a fourth round pick of the Arizona Coyotes, gave the Finns the lead heading into the middle frame, until Fagemo shot one past Justus Annunen 10:34 into the period. Oberg’s go-ahead goal came just under three minutes later, and Finland was unable to catch up. A scoreless third period would keep the score at a final 3-2 in favour of the Swedes.

Bokk’s two goals came midway through the first period and second periods, launching the first of four middle frame goals in the span of four and a half minutes. Tim Fleischer, Lukas Reichel, and Niklas Heinzinger found the back of the net next, and a scoreless final period would punch in the shutout win.

Germany will remain in the top group for the 2021 tournament in Edmonton and Red Deer, Alberta, and Kazakhstan will be replaced by Austria. 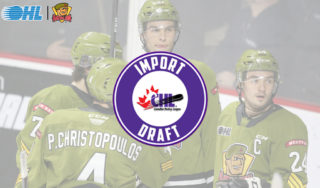