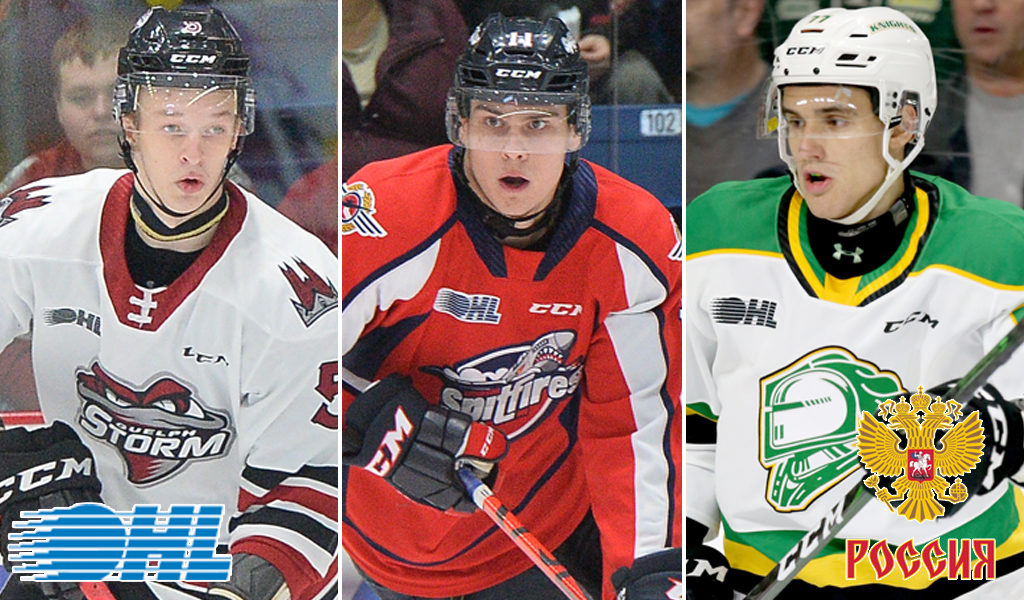 Three OHL players have been named to Russia’s U20 Camp roster for the Sochi Hockey Open scheduled for August 5-9. Included on the 28-man roster, announced earlier this week, are Daniil Chayka, Egor Afanasyev and Matvey Guskov.

Afanasyev is coming off an impressive team-high 67 point production over 62 games during the 2019-20 season and led the Windsor Spitfires with 31 goals. The 19-year-old winger was drafted by the Nashville Predators 45th overall at the 2019 NHL Draft.

Guskov posted a second straight 30-point season with the London Knights this past year. The 19-year-old forward, a fifth round pick of the Minnesota Wild at the 2019 NHL Draft, was traded to the North Bay Battalion last month.

Russia claimed silver at last year’s tournament after falling to Canada 4-3 in the gold medal game. The upcoming U20 camp will be Russia’s first step in piecing together their squad for the 2021 IIHF World Junior Hockey Championship set to take place in Edmonton and Red Deer, Alta this December.