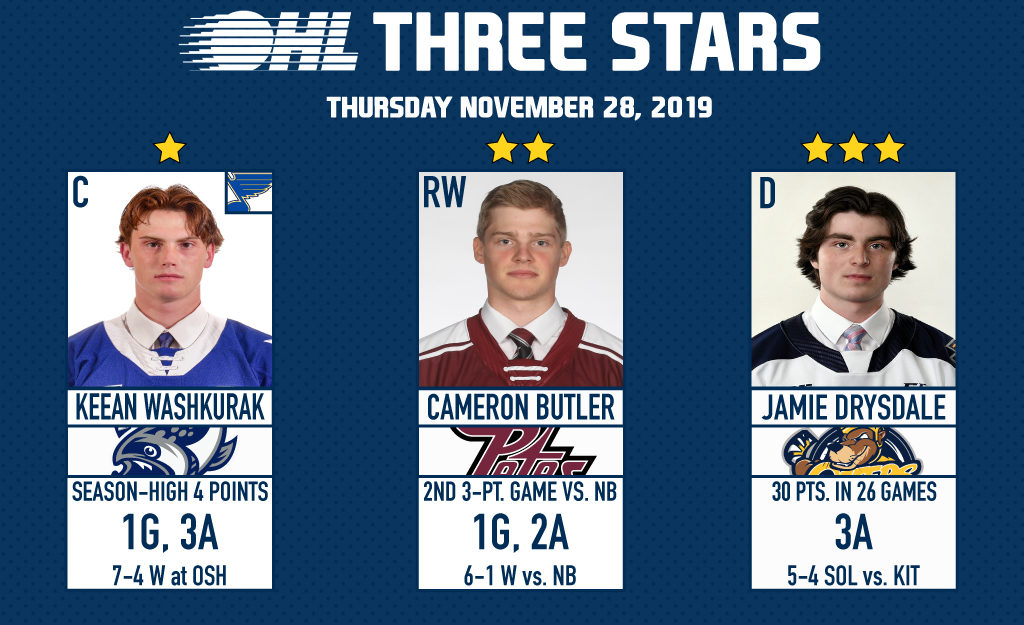 KEEAN WASHKURAK (MISSISSAUGA STEELHEADS) – 1G, 3A
Keean Washkurak’s four points (1-3–4) helped lead the Mississauga Steelheads past the Oshawa Generals 7-4 Thursday night, snapping the team’s four-game losing skid. Drafted by the St. Louis Blues last June, the 5-foot-10 winger from Waterloo, Ont. now has 19 points on the season and is second in Mississauga scoring behind defenceman Thomas Harley and his 25 point total. Currently in his third season with the Steelheads, having been selected in the second around of the 2017 OHL Draft, this is Washkurak’s second OHL career four-point night.
• HIGHLIGHTS

CAMERON BUTLER (PETERBOROUGH PETES) – 1G, 2A
2020 NHL Draft prospect Cameron Butler’s three points (1-2-3) were a driving force behind the Petes’ 6-1 home victory over the struggling North Bay Battalion. The Ottawa-born winger’s only other three-point night this season was also against the Battalion, where he helped his team to an 8-3 final with two goals and one assist. A second round pick of the Petes in 2018, Butler’s point total is now at 14 (8-6-14) through 25 games in his second year with the team. He finished his rookie season with 26 points (18-8-26).
• HIGHLIGHTS

JAMIE DRYSDALE (ERIE OTTERS) – 3A
It certainly wasn’t the result his Erie Otters wanted, but Jamie Drysdale put three assists up on the scoresheet in a 5-4 shootout loss to the Kitchener Rangers. The 5-foot-11, 170lb defenceman, expected to be a high selection at the 2020 NHL Draft, leads all teammates in assists with 25 so far, and sits second in Erie scoring with a current total of 30 points. The Toronto native was a first round, fourth overall pick by the Otters in 2018.
• HIGHLIGHTS 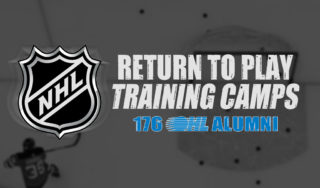