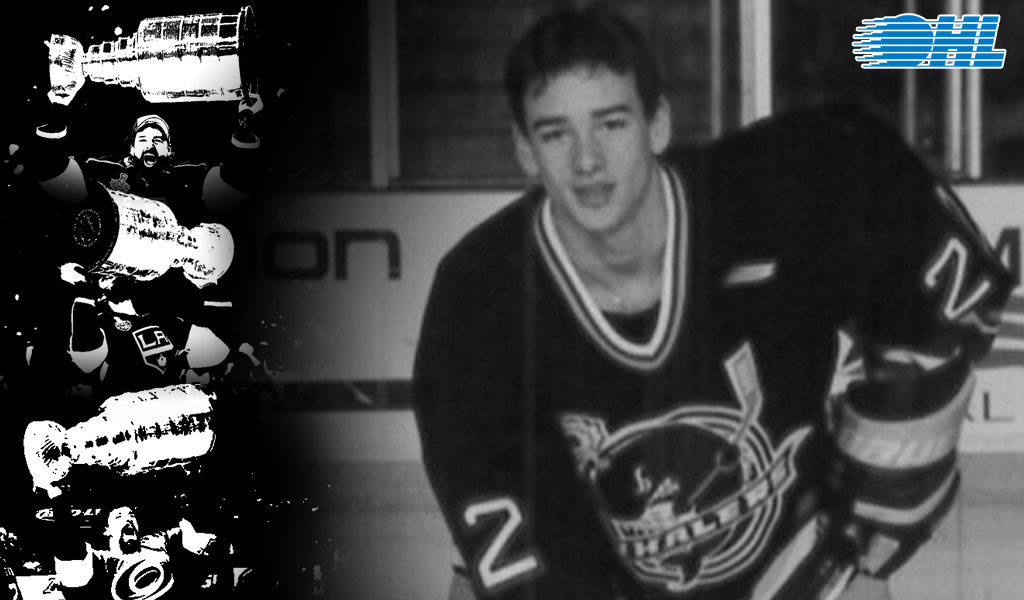 Three-time Stanley Cup champion Justin Williams, who got his start with the OHL’s Plymouth Whalers, announced his retirement on Thursday.

“Since I first broke into the league a day after my 19th birthday back in 2000, this game has brought me so much that I will never be able to repay it,” Williams said in a statement. “The countless experiences, relationships, lessons and hardships will remain with me forever as I move on to the next stage of my life. I’ve never once taken for granted the privilege it is to be able to play a game for a living, and that is probably why I was able to play it professionally for as long as I have.”

For all you’ve done for #Canes hockey, thank you Justin. pic.twitter.com/Gpyh3b5iIf

A 39-year-old native of Cobourg, Ont., Williams laced up the skates in 1,264 career regular season games between Philadelphia, Carolina, Los Angeles and Washington, accumulating 797 points including 320 goals and 477 assists. Williams perhaps shone brightest in the Stanley Cup playoffs where he won championships with the Carolina Hurricanes (2006) and Los Angeles Kings (2012, 2014). With a knack for coming up big at the right time, Williams put up 102 points (41-61–102) over his 162 career playoff outings, and claimed the Conn Smythe Trophy as playoff MVP in 2014.

Williams’ aforementioned moniker of “Mr. Game 7” is warranted as a result of his seven goals, eight assists and 15 points racked up over nine career Game 7 performances, the most by any player in NHL history. His teams went 8-1 in those contests. He rounds out his career as one of nine players in NHL history to score 100 goals and win the Stanley Cup with two different franchises.

He closed out his final season in the game still producing offensively, posting 11 points (8-3–11) over 20 games with the Hurricanes who he spent parts of eight of his 19 total seasons with.

‘Mr. #Game7‘ announced his retirement today. @JustinWilliams recorded 7-8—15 in nine career Game 7s (8-1 record), the most points and tied with Glenn Anderson for the most goals in #Game7 history. #NHLStats pic.twitter.com/CHGwXnlsPb

Prior to his NHL career, Williams was a force with the Whalers from 1998-2000, being selected by the Philadelphia Flyers with the 28th pick of the 2000 NHL Draft.

Originally chosen in the sixth round of the 1998 OHL Priority Selection from the Quinte Red Devils Minor Midgets, Williams broke into the OHL after a year in Junior C, posting 95 points (41-54–95) over 115 OHL contests. He wrapped up his time in the League with a standout showing in the 2000 OHL Playoffs, leading all players in scoring with 30 points (14-16–30) in 23 games as Plymouth fell to the Barrie Colts in Game 7 of the OHL Championship Series.

Williams leaves a lasting legacy as one of the game’s big-stage performers, and will now be able to spend more time with his family including wife Kelly and children Jaxon and Jade.

Congratulations to Justin Williams on an outstanding hockey career!

Congratulations to Justin on an outstanding NHL career! pic.twitter.com/Hp6UuCS4kH