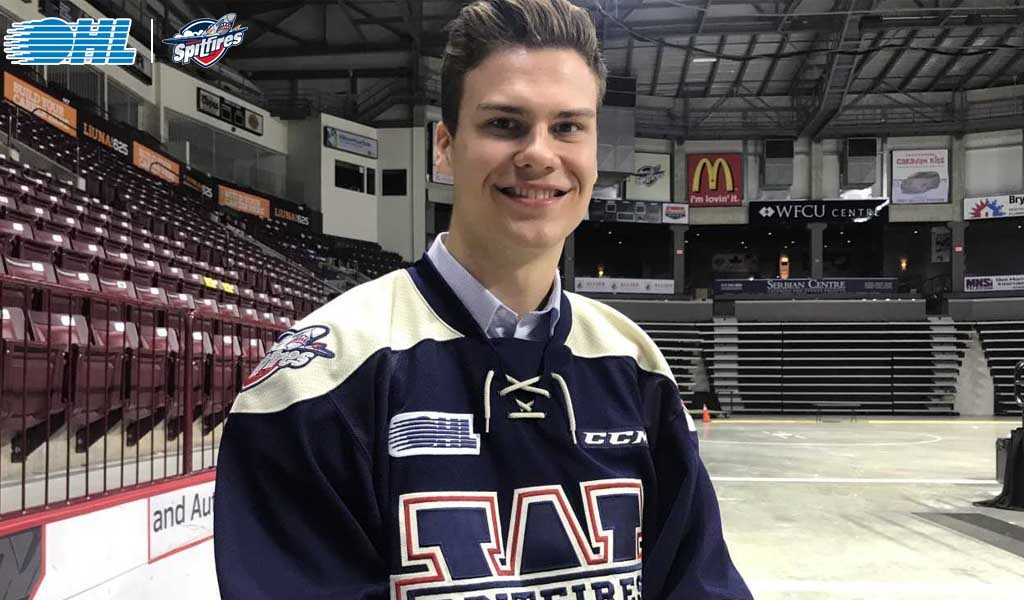 (Windsor, ON) – General Manager Warren Rychel is pleased to announce Egor Afanasyev (ah-FAW-NAW-see-yev) projected first-round pick in the upcoming 2019 NHL Draft, has committed to the Club with an Ontario Hockey League player and education package.

Originally Ottawa’s sixth-round pick (#106 overall) in the 2017 Ontario Hockey League Priority Selection, Afanasyev’s rights were acquired in the trade that sent franchise cornerstone Michael DiPietro to the 67s back in December.

Egor Afanasyev was 3 years old when he met Ilya Kovalchuk at a hockey clinic in Russia. “I started playing hockey because of Kovy. … I just remember the hockey stick he was holding and wanted that stick.” https://t.co/AhnCDnfgIA via @NHLdotcom

Afanasyev had a monster 2018-19 season with the Muskegon Lumberjacks of the USHL, recording 27 goals and 62 points in 58 regular season games and an additional six points in eight playoff games.

A 6-foot-4, 210-pound left winger originally from Tver, Russia, Afanasyev’s breakout campaign rocketed him to No.16 in the North American skater rankings for the upcoming 2019 NHL Entry Draft, June 21st and 22nd in Vancouver.

“He’s one of the most improved players in North America over the last two years,” Rychel said. “He’s got the whole package. He’s big. He plays physical. He can really shoot it and he’s got the ability to finish. We’re incredibly happy to welcome Egor.”