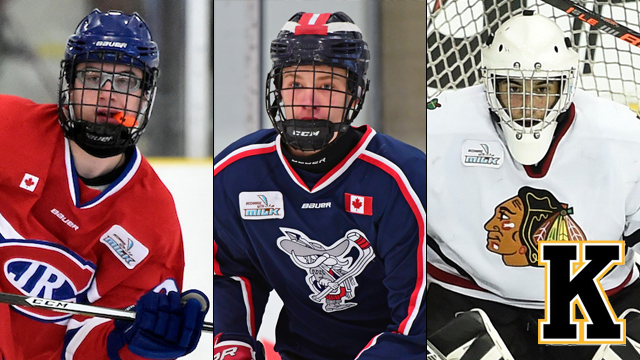 On the eve of the 2017 Orientation Camp, the Kingston Frontenacs signed three prospects from the 2017 Ontario Hockey League Priority Selections.  Forward Cody Morgan, defenceman Evan Brand, and goaltender Ryan Dugas have entered into Standard Player Agreements with the club.

“We are excited to announce Cody, Evan, and Ryan’s commitment to the team,” said Doug Gilmour, General Manager of the Kingston Frontenacs.

“We look forward to seeing them at Training Camp in late August.”

Morgan, a 5’11 forward the Frontenacs selected in the 1st round, 12th overall, played for the Toronto Junior Canadiens AAA Midget this past season.  In 32 games he had 21 goals and 20 assists for 41 points.

Brand, a 6’7 defenceman the Frontenacs selected in the 2nd round, 29th overall, played for the GTHL champion Mississauga Rebels AAA Midget this past season.  In 54 games he had 2 goals and 16 assists for 18 points.

Dugas, a 6’0 goaltender the Frontenacs selected in the 4th round, 68th overall, played for the OHL Cup champion Mississauga Reps AAA Midget this past season.  In 17 games he had a 1.99 goals-against-average.

The Kingston Frontenacs open 2017-18 Training Camp at the end of August.  More information will be released closer to camp. 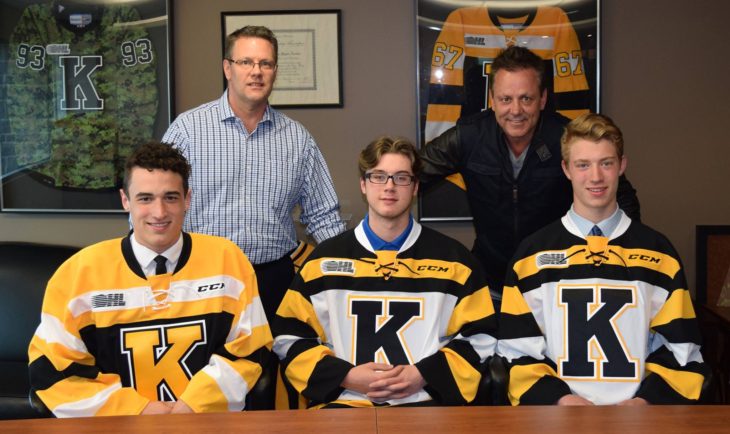