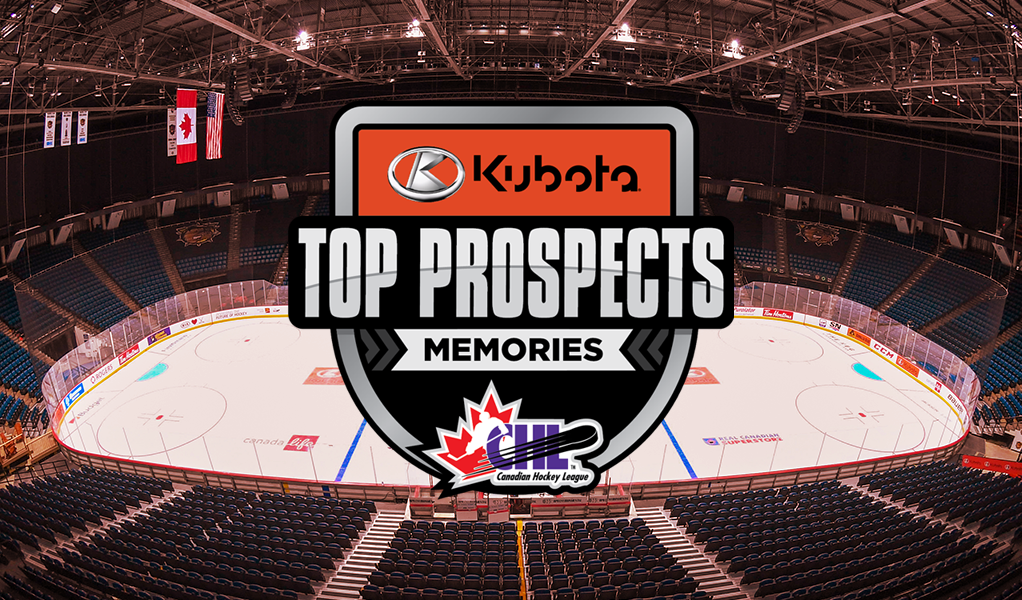 The road to the NHL Draft for many of the Canadian Hockey League’s brightest stars and future National Hockey League talents includes the Kubota CHL/NHL Top Prospects Game.

For 25 years this showcase has been a fixture on the hockey calendar and has annually featured 40 of the CHL’s top NHL Draft eligible players competing best-on-best before hundreds of NHL scouts in attendance and a nationwide audience.

With less than a month before the next wave realizes their dream, the CHL, in partnership with Kubota Canada, proudly present Top Prospects Memories. This program will feature the rebroadcast of Top Prospects Games from 2010-2020 between September 10 and October 5 at CHL.ca offering fans the opportunity to look back at the players who made their mark under the spotlight and remember some of the names who played in the CHL before finding success at the next level.

2014 to 2019 to alternate with Stanley Cup Playoffs schedule TBD

The program will be supported by special memory videos featuring Sportsnet’s Sam Cosentino appearing on CHL.ca and social media channels in advance of all rebroadcasts, and will compliment the ongoing #MeetTheFuture video series, also in partnership with Kubota Canada, that introduces many of the top players who will be chosen in the 2020 NHL Draft October 6-7.