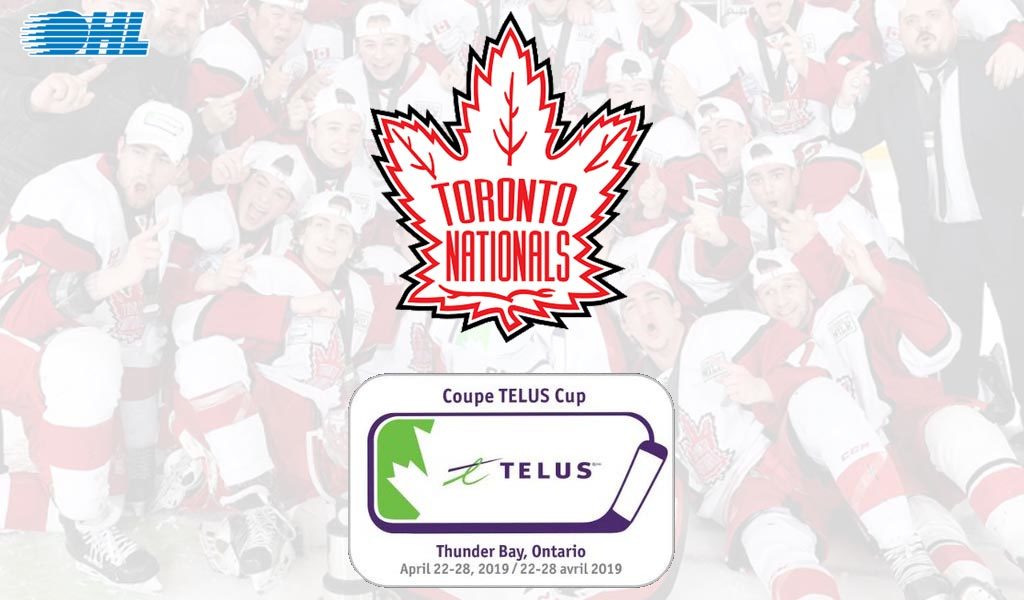 Joseph Martino scored 1:31 into the second overtime to put the Young Nats over the Magog Cantonniers by a score of 2-1 at Fort William Gardens in Thunder Bay, Ont.

Justin Robidas put Magog up 1-0 with 1:19 remaining in the opening period and the score would remain that way until 6:06 into the third when Toronto’s Thomas Harbour knotted the score at one.

Josh Currie (North Bay Battalion) and Elias Cohen (Erie Otters) set up the game winner that was roofed up over the shoulder of Magog netminder Olivier Adam, giving the Young Nats another national title after they last won in 2015. They become just the 10th team in the 46-year history of Canada’s National Midget Championship to win multiple national titles, and the first to do it from the Central Region.

Martino’s goal made a winner out of Toronto netminder James Gray (Flint Firebirds) who turned in a 49-save performance to backstop his team to national supremacy.

“The boys definitely showed character,” said Nats co-head coach Aaron Darmanin. “The message that we sent was that good teams find ways to win, and that’s all we were saying Now that we’ve won a couple times, and this is the fourth time we have been here in six years, we can say that this is no fluke.”

The Cantonniers are the fourth team to lose in the gold medal game in back-to-back years. The loss also extends Quebec’s national title drought to 18 years despite appearing in six of the last eight gold medal games.

Magog’s Justin Robidas (6-7–13) led the event in scoring with 13 points over seven games while Toronto’s Elias Cohen led his team on the scoresheet with seven points (1-6–7).

The 2020 TELUS Cup will be hosted by the Gaulois de Saint-Hyacinthe of the Ligue de hockey midget AAA du Québec.

For full coverage of the 2019 Telus Cup visit hockeycanada.ca.