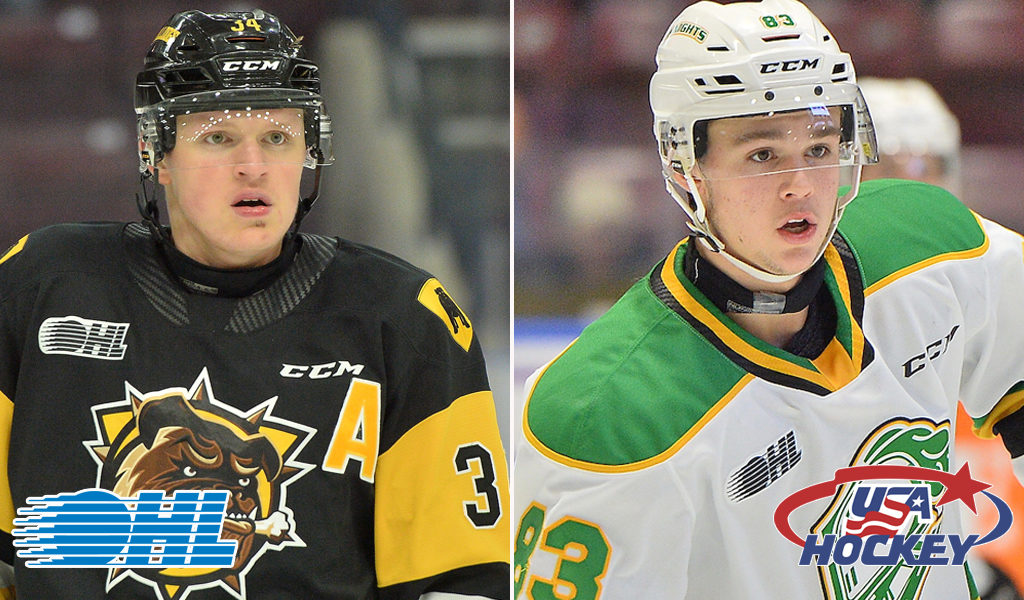 USA Hockey announced 43 players had been named to the Showcase which will serve as an evaluation camp that will help determine which players will crack the final roster that will compete at the 2021 IIHF World Junior Hockey Championship scheduled for December 26, 2020 to January 5, 2021 in Edmonton and Red Deer, Alta.

Among the returnees from last year’s roster is forward Arthur Kaliyev, who played to a dynamic 98-point (44-54–98) showing with the Hamilton Bulldogs last season. The 18-year-old product of Staten Island, N.Y. was selected 33rd overall by the Los Angeles Kings in the 2019 NHL Draft.

London Knights defender Hunter Skinner will also take part in the Showcase following a 32-point (6-26–32) production over his debut OHL season. The 19-year-old Pinckney, Mich. native was a fourth round selection of the New York Rangers at the 2019 NHL Draft.