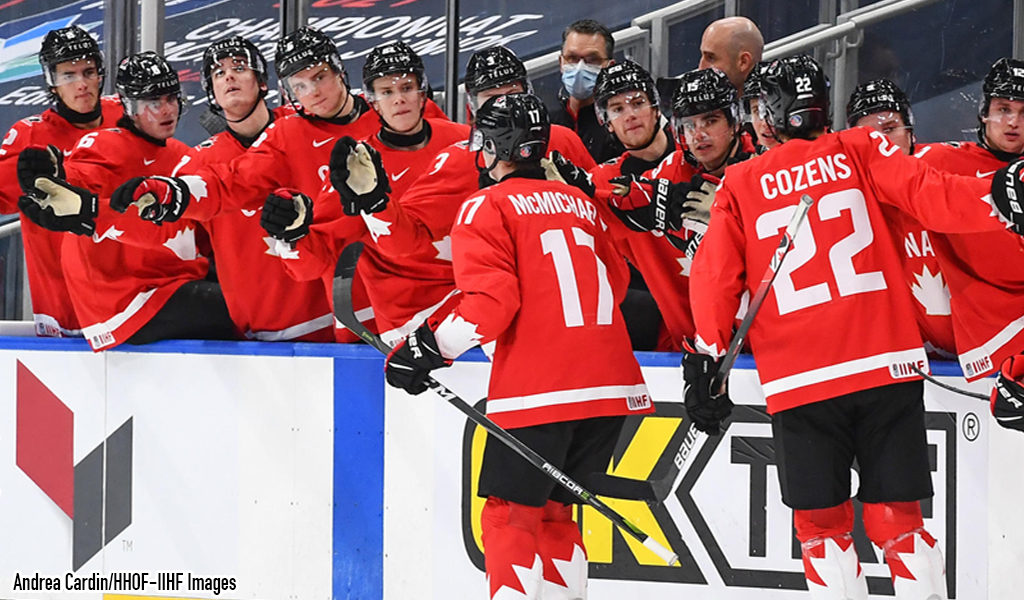 Canada’s consistent dominance at the 2021 World Juniors thus far speaks for itself, and if you ask Team Canada head coach Andre Tourigny, this group deserves all the credit for the way they’ve performed in the face of adversity.

The Canadians head into the gold medal matchup undefeated, on the heels of their semi-final shut-out win over Russia.

“I will say I think the consistency of our game and the way we played defensively, that urgency with which we defend, kept us in a good position during the game. I think that’s key for us,” Tourigny pointed out during Tuesday’s media availability.

As far as he’s concerned, that urgency will be the difference-maker tonight.

“It will be extremely tight and what will make a difference will be who plays with more urgency and who will defend their net the best,” he continued. “The U.S. so far did a really good job collapsing their net up front and getting dirty goals in the offensive zone and getting some rebounds. It will be the same on our side, so it will be a battle.”

Proud of the @HC_WJC 🇨🇦 semi-final performance, head coach Andre Tourigny knows there’s still a lot of work to be done with a gold medal showdown against the United States 🇺🇸 as his club’s final challenge 🎥 pic.twitter.com/yxbKDEZ2KK

This year’s tournament, of course, has presented its share of unprecedented adversity surrounding the COVID-19 pandemic. Canada’s two-week quarantine ahead of the tournament’s start was an exercise in attitude, Tourigny pointed out.

“If it would have been a big deal to have been in quarantine, that would have snowballed in our attitude and our behaviour. Instead of that, it was ‘what can we do to get better, even if we are in quarantine?’ The players, the leadership, they always took it in the right way and look forward to getting better. I’m really proud of them,” he said.

As his team gears up to defend their gold medal, Tourigny’s final message is based off of what worked in last year’s win:

“Last year, a big reason we had success is because we never changed anything, whatever the adversity is that we had to face. The message we have today is the same: stay focused, be urgent on the task, and make sure we stay composed and stay in control.”

The puck drops on the gold medal game at 9:30pm ET.