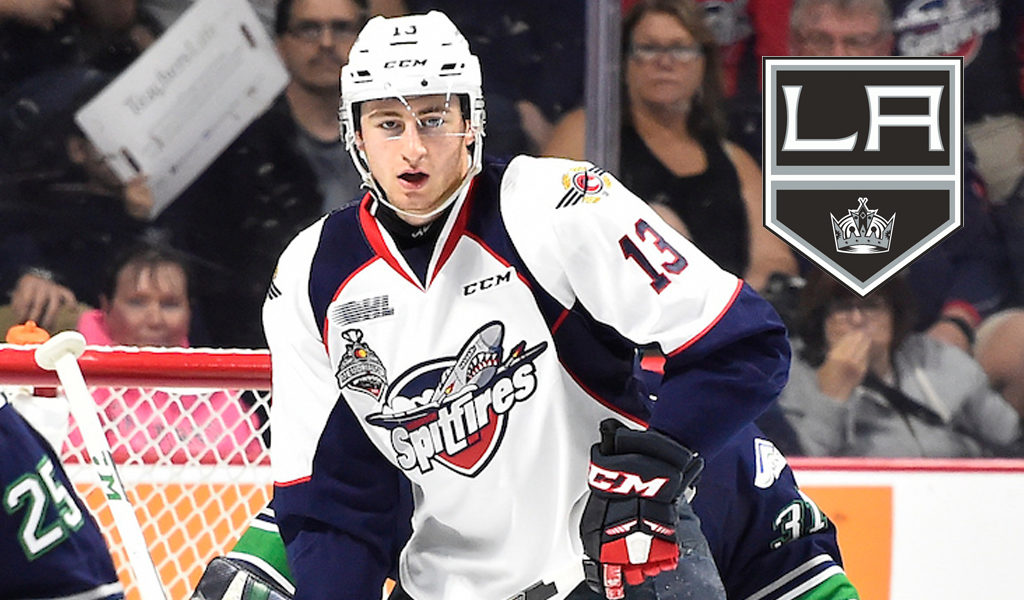 Los Angeles Kings prospect Gabriel Vilardi is returning to Windsor, hitting the ice with the Spitfires for practice on Wednesday.

The 18-year-old recently resumed skating after receiving treatment for a lingering back injury under the supervision of Kings medical and training staff. He missed the entirety of Kings training camp as a result of the setback.

Spitfires general manager Warren Rychel says Vilardi will practice with the team this week but will be limited to no contact and isn’t ready to return to game action just yet.

“Gabe will be back with us for two weeks,” Rychel told windsorspitfires.com. “He’ll go back to L.A. at that point to be re-evaluated. For now, both (Kings GM) Rob Blake and I think he’s best off getting back into the swing of things here, to see how far he’s come.”

Los Angeles’ first round (11th overall) pick this past June, Vilardi was a key piece of Windsor’s Mastercard Memorial Cup title effort, being named to the tournament all-star team with seven assists over four games. He recorded 29 goals, 32 assists and 61 points in 49 games last season.

The defending Mastercard Memorial Cup champions are off to a 12-10-1-0 start under head coach Trevor Letowski this season. They look to snap a three-game slide when they host the Kingston Frontenacs on Friday night.