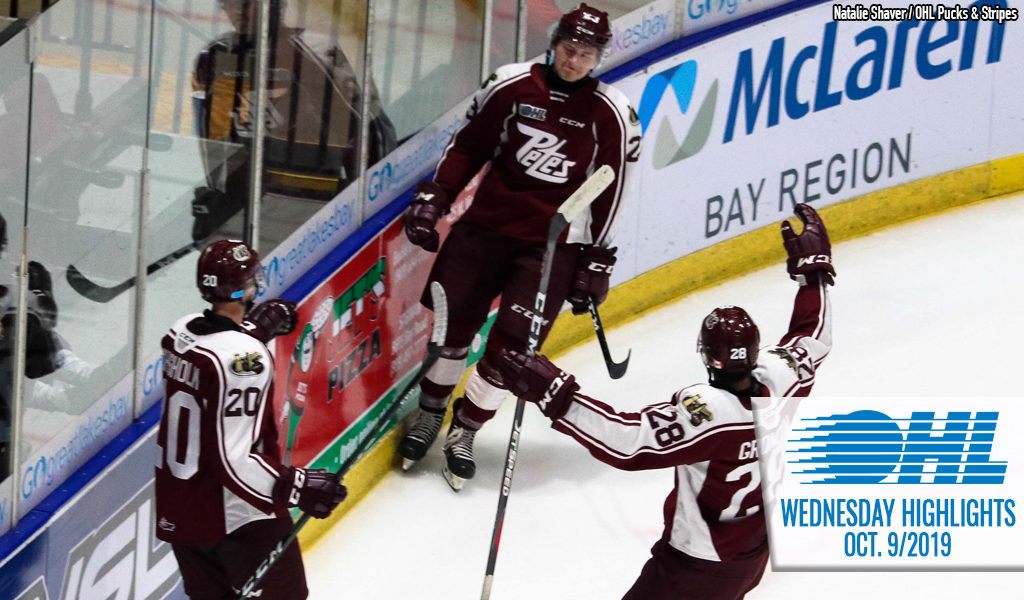 OWEN SOUND 4, KITCHENER 3 – SO
Kirill Nizhnikov (4) brought the Owen Sound Attack within one before Sergey Popov (3) tied the score at three with 54 seconds left in the third period, forcing a shootout where Aidan Dudas netted the winner in a 4-3 victory. The Bears edged the visiting Kitchener Rangers as a five round shootout was required to settle the score. Dudas (3) opened the scoring with one of the funnier shorthanded goals you’ll ever see while rookie winger Josh Samanski recorded his first career point with an assist in the win. Kitchener’s Jacob Ingham earned second star honours with 43 saves behind goals from Liam Hawel (1), Jonathan Yantsis (6) and Ryan Stepien (3). The Attack outshot the Rangers 46-29, improving to 4-2-0-1 while Kitchener sits at 3-1-1-2.
GAME CENTRE