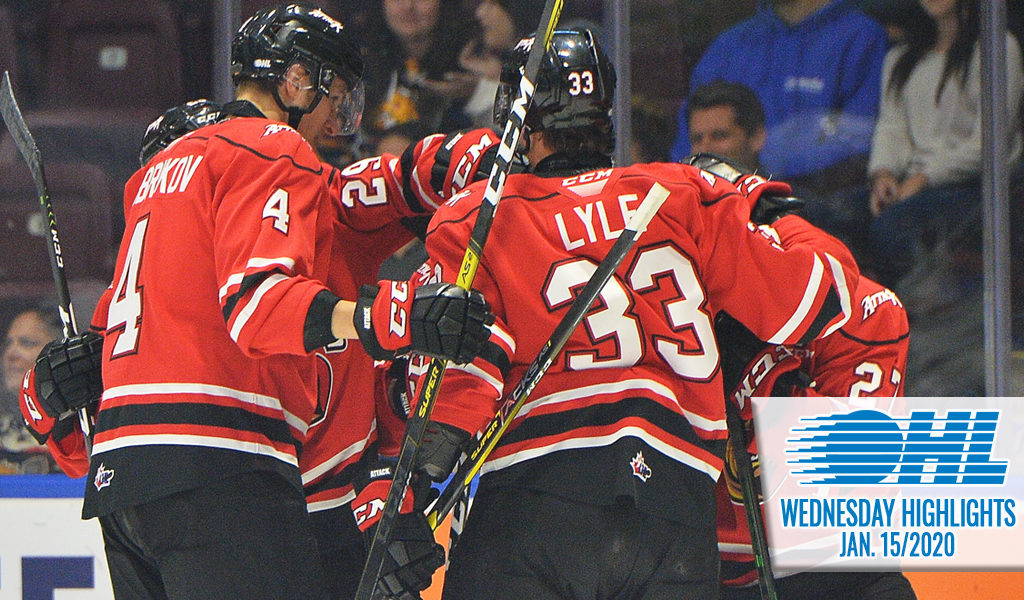 OWEN SOUND 4, BARRIE 1
The Owen Sound Attack registered 66 shots and recorded four unanswered goals from four different skaters for a 4-1 win past the visiting Barrie Colts Wednesday night in the fifth meeting of the season for the two clubs. Evan Vierling (3) found the back of the net for his first goal with the Colts 8:16 into the opening frame, and the Attack responded with goals from fifth year OHL veteran Brady Lyle (11), Sergey Popov (9), rookie Kaleb Lawrence (3), and Matthew Philip (17), who capped off the win with a highlight reel individual effort. Barrie’s Jet Greaves stopped a career-high 62 of the 66 shots he faced, while Mack Guzda totaled 29 saves on the night. The Colts, who now hold a 3-2 record over the Attack this season, have dropped each of their last four matches and remain third in the Central Division with a 16-20-2-1 tally, tied with the Niagara IceDogs for 35 points on the season. The Attack improve to 19-16-3-3 at fourth in the Midwest Division, tying the Erie Otters’ 44 points. The two will play each other again on Mar. 11 for their sixth and final meetup of the season.
GAME CENTRE

Enter the Hockey Hall of Fame Staycation Contest
12 hours ago