Weekes a leading advocate for growing the game 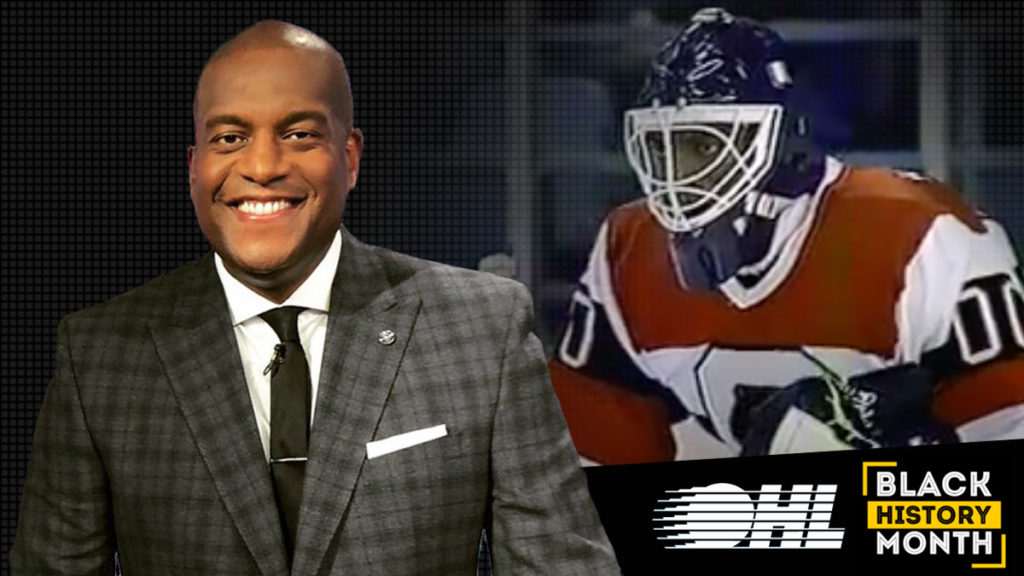 Kevin Weekes has made the seamless career transition from the crease to his place in front of the camera as the NHL’s first-ever Black hockey analyst. He’s also made a point of emphasizing the importance of growing the game, making hockey a welcoming sport for everyone along his journey.

Yet another product of Scarborough, Ont., Weekes, whose parents immigrated from Barbados in 1973, rose through the ranks benefitting from playing with the SKILLZ hockey program. It’s there he grew up playing alongside other eventual Black NHLers in Anson Carter and Jamal Mayers, and would later help underwrite costs of the program in an effort to give back to his community. Weekes is a pioneer on a growing list of Scarborough-based hockey names that include brothers Anthony and Chris Stewart, Toronto Maple Leafs forward Wayne Simmonds and former long-time NHL winger Joel Ward who also cut their teeth in the SKILLZ program.

“Once kids are turned on to something, they’re turned on, and when it’s something positive like hockey, we knew we had a lot bigger responsibility than just playing in the NHL,” Weekes once told NHL.com’s John McGourty of his involvement in the Scarborough program. “It was bigger than ourselves. We realized we had an opportunity to impact tons of kids, regardless of what their background was, where their parents were from or what gender they were. We just wanted to give them an opportunity to play the game and be exposed to it.”

A product of the Toronto Red Wings AAA program, Weekes was selected by the Owen Sound Platers in the third round of the 1992 OHL Priority Selection. He’d form a solid goaltending tandem with Jamie Storr in the Sound, impressing in his rookie season to draw the interest of the Florida Panthers. Weekes followed Rob Niedermayer (5th overall) to become the second-ever draft pick in Panthers franchise history when he heard his named called 41st overall in Quebec City.

After splitting time with top NHL Draft prospect Storr in his sophomore season, Weekes was dealt to the Ottawa 67’s ahead of the 1994-95 campaign where he suited up in 41 contests, going 13-23-4 with a 4.08 goals-against average before turning pro the following year.

Weekes enjoyed successful minor league stops with the Carolina Monarchs, Fort Wayne Komets and Detroit Vipers before breaking into the NHL on a full-time basis with the Vancouver Canucks in 1999-2000. He was involved in the deal that sent Canucks sniper Pavel Bure to Florida and would also be dealt for netminder Felix Potvin later in his 11-year NHL career that included other stops in Florida, Long Island, Tampa Bay, Carolina, New York and New Jersey. In all, he earned 107 wins, posted a 2.88 goals-against average and 19 shutouts over 348 regular season appearances while also helping the Carolina Hurricanes win an Eastern Conference championship in 2002.

Young. Motivated. Riding the bus to get to the show. Jamie Storr and I are brothers for life, and one of the only duos in history to play in @CHLHockey and @NHL together. @AttackOHL have had a pipeline of goalies and players.@NHLNetwork #HockeyTwitter pic.twitter.com/k2REBpNYnT

It didn’t take long for Weekes to slide into the studio, doing so after his final season in New Jersey as he joined CBC’s Hockey Night in Canada in September 2009 as hockey’s first-ever Black studio analyst. He’s never looked back, becoming a fixture on NHL Network with almost 200 days of airtime a year on four different shows. He’s the latest in a long line of former goaltenders stepping behind the microphone in retirement.

“We see the game from a unique perspective,” Weekes told The Canadian Press upon his initial hiring. “I think, much like quarterbacks in football or a catcher in baseball, it’s a very unique vantage point in terms of not only how you see the game, but how you process the game as well. I think that’s why you see so many former goaltenders that have gone into this side of the business.”

Over a decade into his broadcasting career, Weekes has reportedly been investigating his next challenge, with his name being included in rumours related to recent managerial postings in Florida and Pittsburgh.

“I was the first black broadcaster in 91 years of NHL history,” Weekes told ESPN’s Emily Kaplan in June 2020. “I would love to be the first black team president. It starts with support from Gary Bettman and Bill Daly, who I’ve been extremely impressed with. They’ve been great with me.”

Certainly a well-rounded and well-spoken professional with an impressive resume, Weekes has proven he’s capable of doing whatever he puts his mind to. He’s also paired his intimate knowledge of the National Hockey League with a demonstrated desire to see hockey take root in new places, pushing the boundaries into non-traditional communities.

As part of Black History Month celebrations in the month of February, the OHL is recognizing the contributions of Black players that have played a part in the unfolding story of the world’s premier development league.