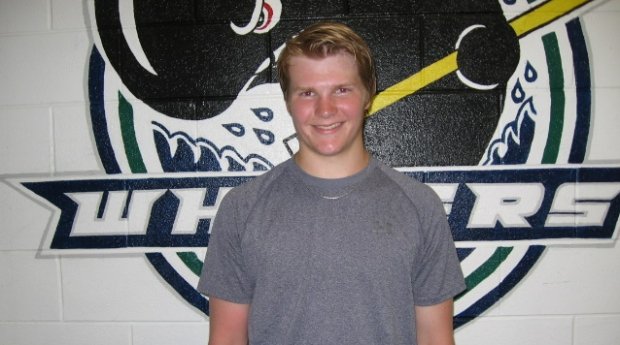 PLYMOUTH – Plymouth Whalers General Manager and Head Coach Mike Vellucci announced the signing 17-year-old defenseman Josh Wesley, who was taken by the Whalers in the fifth round (98th overall) of the 2012 Ontario Hockey League Priority Selection.

Wesley will attend high school in the fall at the Plymouth-Canton Educational Park.

“We’re excited to sign Josh to an education contract,” Vellucci said.  “We’re happy that Josh chose Plymouth as the next step in his development as a player and a student.”

Wesley – 6-foot-2 and 203 pounds, from Raleigh, N.C. – contributed 7 assists and 20 PIM’s in 56 games for the United States National Team Development Program U-17’s last season.  He played for the Carolina Jr. Hurricanes program in 2011-12, scoring seven goals and six assists for 13 points in 18 games.

“Things are going great,” Wesley said.  “I lived in the area the past year while playing for the National Development Program, but made the change here.  I’m truly honored to put on the Whalers sweater. I’m very excited to get going.”

Although Wesley grew up in North Carolina, he was considered one of the top defensemen in the United States in his age-group at the time of his selection by the Whalers.  Plymouth has a history of drafting or acquiring players from all around the United States, including Stefan Noesen (Plano, TX), Cody Payne (Weston, FL), Austin Levi (Aurora, CO), Ryan Hartman (West Dundee, IL) and Connor Carrick (Orland Park, IL), among others.

“I grew up watching all of those players,” Wesley said.  “Now I get a chance to play with a lot of them.”

Wesley is expected to report to Plymouth’s training camp in late August, with the first pre-season games to be played around Labor Day.

Last season, the Whalers made the playoffs for the 22nd consecutive year – a current OHL record – and captured their 12th West Division title over 23 years.  Plymouth expects to be in thick of the Western Conference race again in 2013-14. 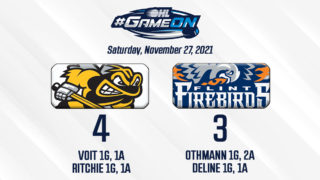 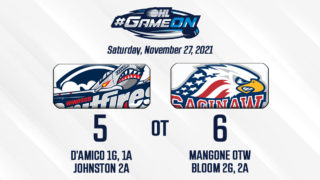