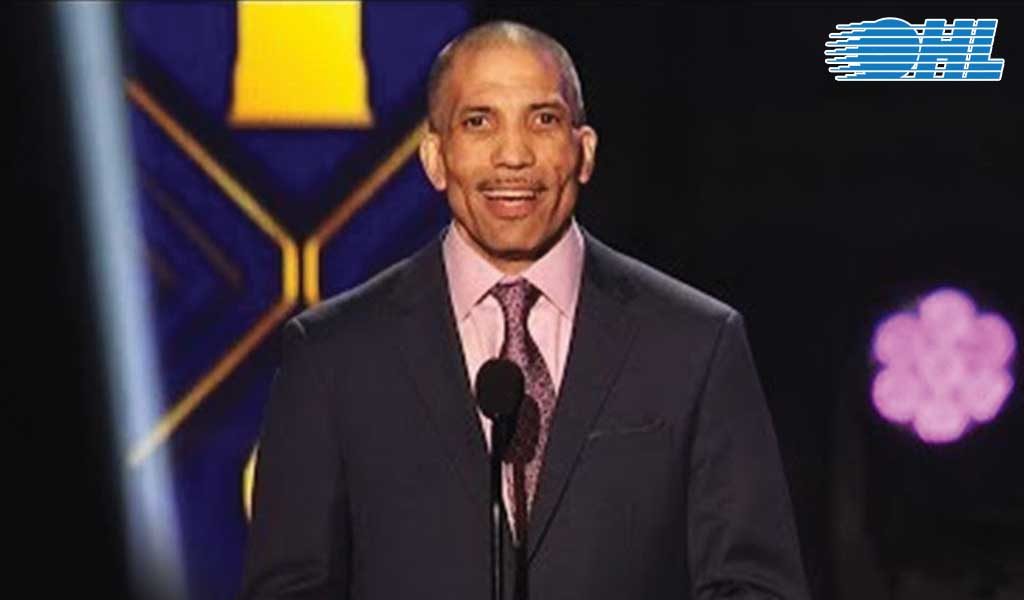 In a city that hockey had once escaped, Rico Phillips and the Flint Firebirds have been working together to build it all back.

Earlier this week, Phillips opened the OHL 2020s Vision meetings with some encouraging words on community.

His biggest piece of advice? Reach out to the community that isn’t hockey.

“The only way we’re going to increase our fan base and ultimately increase our participation in the sport is to invite those non-traditional fans to be a part of it,” suggested Phillips.

A recently retired firefighter in Flint, Michigan, Phillips formed the Flint Inner-City Hockey Program to provide young kids the opportunity to experience the game of hockey, who otherwise may not have been previously exposed to it.

His experience as an on-ice official and the racism he faced as the only black player on the ice led him to create an inclusive space where youth can be provided with a chance to learn and play the game he loves.

It’s something he says he wouldn’t have been able to do without the support of the Flint Firebirds over the course of their first five seasons in the Ontario Hockey League.

“It’s been an incredibly good marriage, as I call it,” Phillips said. “I couldn’t do it without them, and they support everything I do.”

Whether members of the Firebirds roster are joining the kids of the program on the ice after morning skate, hanging out at the Boys and Girls club in their spare time, or simply just greeting Phillips when they see him at the arena, the kids in Phillips’ program have undoubtedly formed a special bond with the team, and vice versa.

Now, he’s encouraging other teams to take the same initiative.

“In Flint, we try to go to the section of the community that has no clue what ice hockey is, introduce them, and give them a great experience. I encourage any OHL team to do the exact same thing.”

It’s something that benefits both sides, stressed Phillips.

“I’ve worked with former players who have gone on to thank me once they’re past the OHL, saying they felt very confident and comfortable speaking to kids,” said Phillips.

“I give them the opportunity to actually coach – how to pass, how to shoot – so they get themselves in the leadership roles. I think it helps them as well, because if they’re going to advance their careers and their futures, they need to be able to understand how to communicate with fans and be able to be a big part of their fanbase.”

Phillips was awarded the Willie O’Ree Community Hero Award at the 2019 NHL Awards last June for his work within the Flint community.

Now, with more time to focus on the Inner-City Hockey Program and a spotlight that came with winning an award on the international NHL stage, Phillips is continuing to focus his efforts on growing those opportunities for inner city youth and for the Firebirds.

“Being a part of inner city hockey myself, doing something like this was so important to me, and as I got into a point in my life where I had the means to make it happen, I did.”

Again, he stresses, it’s an experience that is equally valuable for the players at the OHL level.

“From both the OHL player and the participant themselves, it’s a unique bond that happens,” said Phillips.

“Their relationship is hard to describe.”