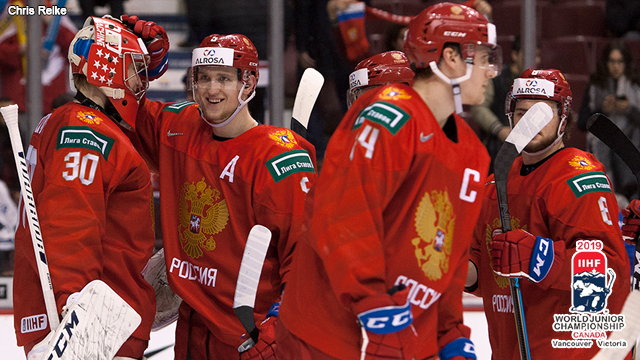 The United States and Russia came out on top with victories on a lighter day in the IIHF World Junior Hockey Championship. Here’s a look at Friday’s Day 3 action.

The Americans outshot the Kazakhs 66-13 as Joel Farabee netted a natural hat-trick and Ryan Poehling had a goal and two assists. The two clubs were tied at one in the first period before the Americans proceeded to score seven consecutive goals.

RUSSIA 2, CZECH REPUBLIC 1
Artyom Galimov and Nikolai Kovalenko were goal-scorers as Russia narrowly defeated the Czech Republic 2-1 behind a 24-save effort from Pyotr Kochetkov.