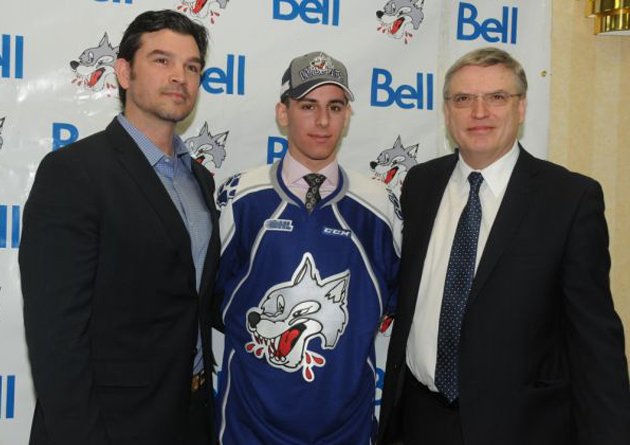 Toronto, ON – The Ontario Hockey League in association with the Sudbury Wolves Hockey Club today announced that 15-year-old forward David Levin of the Greater Toronto Hockey League’s Don Mills Flyers will be the first overall pick in the 2015 OHL Priority Selection presented by State Farm.

The announcement was made at a news conference held this morning in Sudbury where Levin was introduced to local media. Watch highlights.

“The Sudbury Wolves organization is extremely proud to select David Levin” notes Wolves’ President and General Manager Blaine Smith. “David is an outstanding hockey player and is the dynamic forward that the Sudbury Wolves need to build a winning team around. David’s skills and offensive talent will be appreciated by his coaches, his teammates and hockey fans here in Sudbury.”

Levin led the Flyers in scoring with 80 points in 55 games including 39 goals. The left-shot forward can play all forward positions but excels the most on the right side. Levin now stands 5’11” and weighs 170 lbs. Born September 16, 1999, he will be eligible for the 2018 NHL Draft.

“I am extremely proud and excited to be drafted by the Sudbury Wolves” notes David Levin. “The Burgess  family,  team management and everyone involved with the organization have been so welcoming and supportive and I am truly grateful to become a member of the Sudbury Wolves. I know that the team is building for the future and I look forward to doing my very best to help the organization achieve their goal of winning a championship.”

Levin was born and raised in Israel and moved to Canada at 12 years of age to live with relatives in the Toronto area.   Levin has only played organized hockey in Canada for three years.  His stick-handling skills were developed by playing in-line hockey in Israel at an early age.   Levin has transferred his offensive skills to ice hockey with resounding success.

“David is one of the most purely gifted offensive talents in this year’s draft,” notes OHL Central Scouting Director Darrell Woodley. “He has the ability to make an opposing player look very silly and he does it with such ease. Things come very easy for him which is impressive considering he has only been playing hockey for three seasons. He is very hard to knock-off the puck as he has a strong core and low center of gravity. David is a very compact skater and has very good agility and quickness, changes gears in mid-stride, and is not afraid to challenge anyone at anytime. He has a very good shot with a quick release, is a smart player, and never seems to put himself in a bad position. Overall David has the potential to be a great player at the OHL level and the sky’s the limit for him as he continues to learn and develop.”

Levin is the 2015 recipient of the Jack Ferguson Award presented annually to the player selected first overall in the OHL Priority Selection. The “Fergie” recognizes the dedication and contributions made by Jack Ferguson during his 25 year association with the OHL, first as a scout with the Ottawa 67’s and followed by his appointment as head of the OHL’s Central Scouting Bureau in 1981 as its Director of Central Scouting.  Levin is the fourth member of the Wolves to receive the award following John McFarland in 2008, John Uniac in 1987, and Dave Moylan in 1984.  The past four OHL recipients include first team All-Rookie defenceman Jakob Chychrun of the Sarnia Sting, 2014 OHL Rookie of the Year Travis Konecny of the Ottawa 67’s, top ranked NHL Draft prospect Connor McDavid of the Erie Otters, and former Barrie Colt and OHL Defenceman of the Year Aaron Ekblad currently excelling as a rookie with the Florida Panthers after being the first overall pick in the 2014 NHL Draft.

Levin will be a feature guest on the live 2015 OHL Priority Selection Draft Show, presented by State Farm beginning at 9:00 am on Saturday April 11, 2015.  The draft show along with a live results feed is available at www.ontariohockeyleague.com.  For the eighth straight year, media and fans can watch the first three rounds live online with host Terry Doyle who will be joined on set by Darrell Woodley and Tim Cherry of OHL Central Scouting to provide analysis, interviews, and video footage of the next wave of OHL stars. 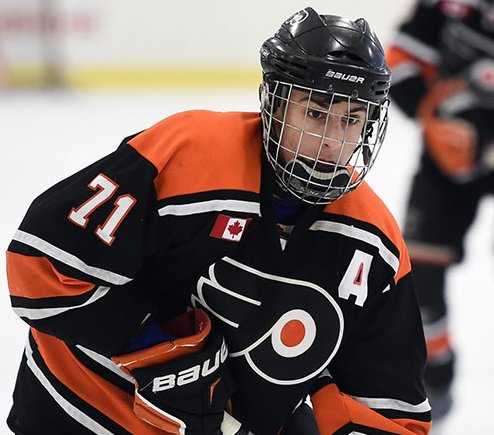 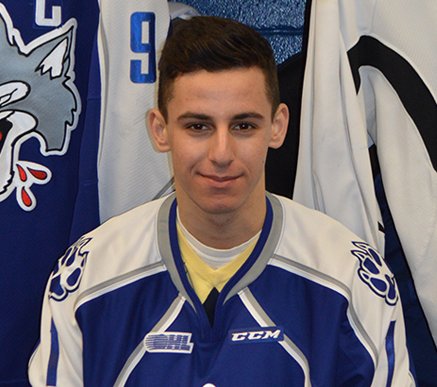