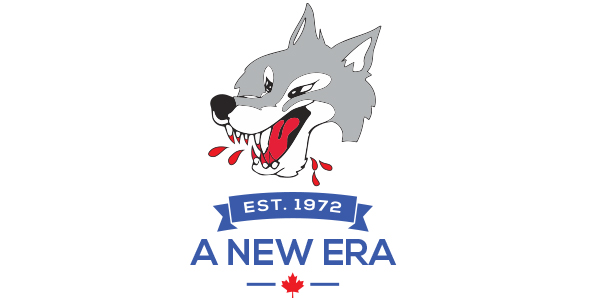 SUDBURY, ON – The Sudbury Wolves announced Thursday that Rob Papineau has been named Vice-President of Hockey Operations. Dario Zulich, Chief Executive Officer and Chairman and Blaine Smith, President of the Wolves, made the appointment effective immediately. Papineau will oversee all aspects of hockey operations, with General Manager Barclay Branch reporting into him on matters related to scouting, roster management, and team operations. Papineau will serve under the leadership of Smith who reports directly into Zulich.

“Rob is a strong addition to the great group of hard-working people we have with the Sudbury Wolves,” said Zulich, who announced his purchase of the organization on Wednesday. “He will provide further support towards our goal of being a model OHL franchise and the preferred destination for players. Rob has both the business and hockey experience and is an intelligent mind who believes in world class operations. He has a definite passion for Greater Sudbury and the team.”

Papineau, a native of Greater Sudbury, brings to the Wolves more than 20 years of business experience in the community. In addition, he has been an NHL scout with the Carolina Hurricanes for the past five years.

“It is a great honour and privilege to join the Sudbury Wolves and be part of this storied franchise at this exciting time,” Papineau said. “I would like to thank Dario Zulich and his family for this opportunity to join one of the best brands in hockey right in my hometown of Greater Sudbury to help guide a new era of Wolves’ hockey. It is my intention to work with the hockey staff, building on and contributing to the vision that is being established under the new ownership.”

Papineau played in the Ontario Hockey League, beginning with the Ottawa 67s in 1988 and was selected by the Detroit Ambassadors (now the Flint Firebirds) in the league’s expansion draft prior to the Ambassadors inaugural season in 1990-91. Following his OHL career, Papineau played for the Laurentian Voyageurs Men’s Varsity Hockey team, graduating from the SPAD program in 1995.

“Rob’s addition to the team is a welcome opportunity for our hockey club,” said Smith. “He has passion for the game and a great skill set that will serve our organization very well in the new era. He brings a wide and extensive network at both the National Hockey League and junior hockey league levels as well as a solid business network.”

“Rob has done excellent work in our scouting department over the past five seasons, and is part of the reason that our prospect system is highly regarded,” said Carolina Hurricanes Executive Vice President and General Manager Ron Francis. “His work ethic, character and attention to detail are strengths critical to success as a hockey executive. We are sorry to lose him as a part of our organization, but wish him nothing but the best with his hometown team in Sudbury.”

What they are saying:
JIM RUTHERFORD, General Manager of the Pittsburgh Penguins, “I have had Rob as an OHL player and an NHL scout. His character and leadership will be a great asset for his new role in Sudbury.”

TONY MACDONALD, Director of Amateur Scouting of the Carolina Hurricanes, “When Rob joined the Hurricanes amateur scouting staff in 2010 he brought a tireless work ethic and a meticulous attention to detail. Rob always took a professional approach to his assignments in his search for players looking for character, tenacity and grit as well as skill. The relationships that were built and nurtured and the respect earned from colleagues in the CHL, NCAA and the NHL will serve Rob well in the future. His evaluation and input on players in Ontario and Quebec has been much appreciated. During his tenure with the organization Rob has proven to be the consummate “team player” – a solid, reliable individual who values character and integrity in the team building process. We want to thank Rob for all his hard work and dedication as he accepts this exciting new challenge with the Sudbury Wolves.”

ROD PASMA, Vice President of Hockey Operations of the National Hockey League
Received news of the Sudbury Wolves hiring of Rob Papineau as Vice President of Hockey Operations. I’ve paid close attention to the hockey scene in Sudbury. Rob and I were teammates. He was one of the leaders on our team who I looked to for guidance. Rob and I have stayed in touch since then and I’ve come to know him as a hardworking people person with a keen eye for on-ice talent. Current Sudbury Wolves players, future draft picks and free agents are in great hands as I have no doubt Sudbury will again become one of the best places to play in the OHL! Excellent news and all the best to Rob and the team as you begin to build towards the Memorial Cup!”