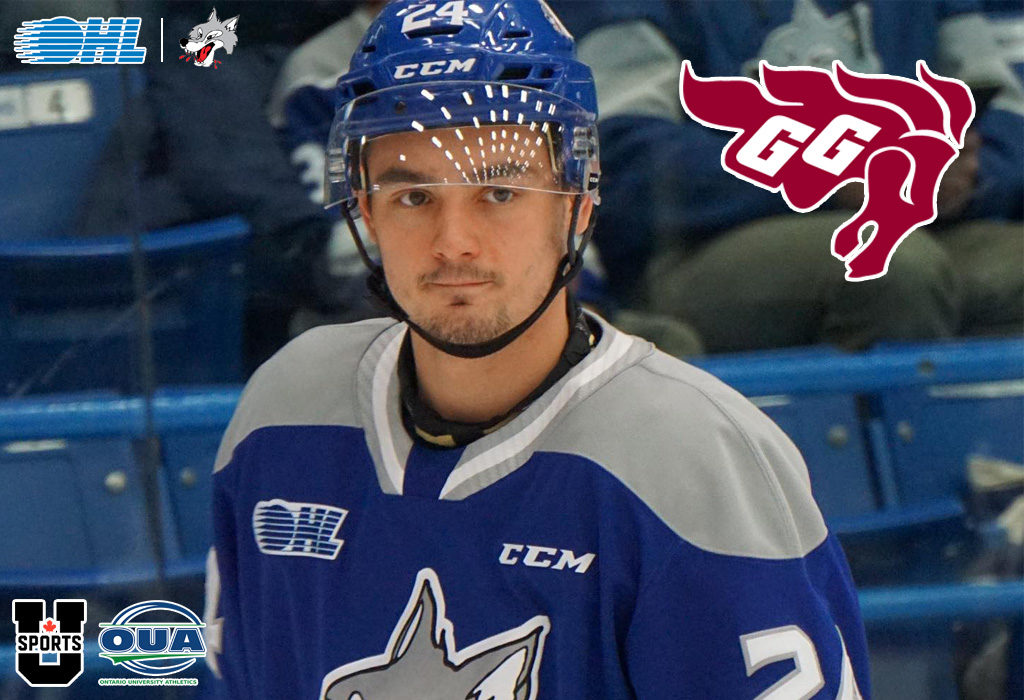 The University of Ottawa Gee-Gees announced via Twitter on Tuesday that Sudbury Wolves overage veteran Brad Chenier has committed to their men’s hockey program for the 2020-21 season.

Chenier, 21, closed out an OHL career that spanned parts of five seasons, putting up 65 points (27-38–65) over 59 games between Sudbury and North Bay this past season. Chenier spent parts of four seasons with the Battalion, serving as their captain in the opening half of the 2019-20 season. He registered 177 points (81-96–177) over 263 career OHL regular season games and also appeared in 19 playoff matchups.

A 6-foot, 186Ib. hard-working winger from Hanmer, Ont., Chenier was originally North Bay’s fourth round pick in the 2015 OHL Priority Selection. He joins an Ottawa program that fell just short in the 2020 Queen’s Cup Final, dropping a triple-overtime decision to the Guelph Gryphons.

We are excited to announce that Bradley Chenier has committed to our program for the 2020-21 season. The former @OHLBattalion captain closed his major junior career with his hometown @Sudbury_Wolves.