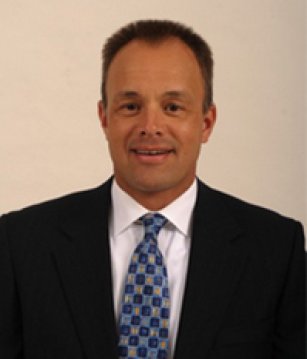 “The Sudbury Wolves have taken a major step forward today with the addition of Paul Fixter to our coaching staff” notes Wolves’ President and General Manager Blaine Smith. “Paul is a professional in every respect and has coached at all levels of hockey including the OHL, the Central Hockey League, the American Hockey league and the National Hockey League and has two Stanley Cup rings to his credit as an assistant coach with the Colorado Avalanche.”

As an Assistant Coach for the Avalanche, Paul was responsible for video scouting reports, analyzing game video and on-ice practices for both Head Coaches’ Marc Crawford and Bob Hartley.  He won a Stanley Cup under Crawford in 1996, and again in his final year in Colorado under Hartley. During his tenure in Denver, the Avalanche won two President’s Trophies for the NHL’s best regular season record.

Fixter brings a wealth of knowledge to the Wolves’ organization and in particular with the OHL’s Western Conference. “We certainly welcome Paul’s knowledge of players in the Western Conference in addition to the fact that he has actively been recruiting players to Kitchener.  Paul will be an asset to us in other ways as he has an excellent rapport with player agents as well as NHL scouts – which will prove beneficial to all of the current and future players that play for the Sudbury Wolves.”

“The Sudbury Wolves have hit a home run with the acquisition of Paul” notes Kitchener Rangers’ Head Coach and General Manager Steve Spott.  “He will be an excellent resource and associate for Wolves’ Head Coach Trent Cull.  There aren’t many coaches in the OHL that have two Stanley Cup rings and have the coaching credentials that Paul has and I know he will be a big part of the Wolves success moving forward.”

“Paul is an accomplished coach who has been at all of hockey’s highest levels” states Wolves’ Head Coach TRENT CULL.  “He will be a great addition to our coaching staff and to our team and I look forward to working with him.”  Cull and Fixter have developed a familiarity with each other throughout the OHL coaching fraternity and have coached against one another over the past three seasons.

Wolves’ 17-year-old forward MATT SCHMALZ was drafted in the 1st round of the OHL draft by the Rangers last April and has good things to say about Coach Fixter.  “Paul taught me a great deal and spent a lot of time working with me in Kitchener” adds Schmalz.  “He supported the young players and assisted in building confidence in ourselves.   I’m very excited to have Coach Fixter with us in Sudbury.”

“Paul is one of the best coaches in the business and is regarded as a players’ coach” adds Smith. “Paul is a positive, supportive and hardworking coach that will do whatever it takes to give our players every opportunity to develop and progress to the next level.  There is no question that the Sudbury Wolves now have one of the very best coaching tandems in the OHL with Trent Cull and Paul Fixter. ”

Part of the responsibility of becoming a full-time Associate Coach of the Wolves is a permanent move to Sudbury where Fixter will take-up residence in the heart of the North. “Both my wife, Leslie and I are looking forward to coming to the great hockey community of Greater Sudbury.  I am very excited about the opportunity to work with Trent Cull and the Sudbury Wolves organization.  I am grateful to Steve Spott and the Kitchener Rangers organization for five terrific years. I would also like to thank Mark Burgess and the Burgess family for giving me this unique opportunity to live in Sudbury, coach and assist the Wolves’ franchise in winning a championship.”

Fixter is a graduate of Windsor University and has a Masters degree in Sports Administration. Fixter will be in Sudbury on Monday, June 17th to meet the media and Wolves’ staff when the Wolves will be hosting their annual June media conference.