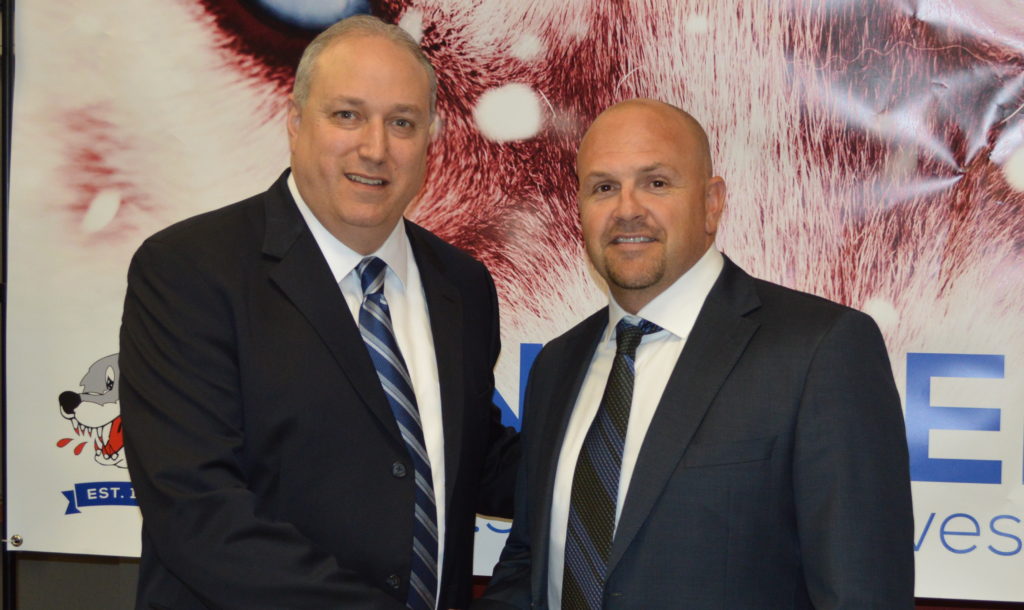 Sudbury, ON – The Sudbury Wolves are pleased to announce that Cory Stillman has accepted the position of Head Coach with the hockey Club effective immediately. Stillman, a native of Peterborough Ontario, has a track record of success that has followed him throughout his career. As a player, he won the Stanley Cup twice in back to back seasons, 2003-04 and 2005-06, with two teams, Tampa and Carolina. Before his NHL career, he played 3 seasons in the OHL with the Windsor Spitfires and Peterborough Petes, winning the OHL Championship with the Petes in ’93 and personally the Emms Family Award (Rookie of the year) in ‘91.

“We are very excited about the choice Cory has made to join the Sudbury Wolves at this time,” said Rob Papineau, V.P. of Hockey Operations and General Manager. “Cory never really retired from hockey. When he finished playing, he immediately got into player development and has had tremendous success coaching players one on one. Cory brings a wide network, a track record of winning and a passion for development.”

Stillman has played more than 1000 games in the NHL and has been developing Junior and College players for the past six seasons, the last five with Carolina. His experience playing for a range of coaches over the years such as Joel Quenneville, Peter Laviolette, and John Tortorella have allowed Cory to work with some of the best and most successful coaches in the NHL. Stillman is known as one of the most intelligent players to play in the NHL over his 16 year playing career.

“I am excited about the opportunity with the Sudbury Wolves. The opportunity became available and the timing was perfect for my family and my career aspirations,” said Stillman, “I am passionate about the game and building a franchise that every player wants to play for. I believe in the vision of the new owner of the Wolves, developing players, building a contender and look forward to meeting all the players, parents and community of loud fans!”

Stillman was selected 6th overall by the Calgary Flames in 1992. He was fortunate enough play in Calgary for seven years, Carolina for four, St. Louis and Florida for three, Tampa for one, and Ottawa for half a season. After retiring in 2011 with the Carolina Hurricanes, with his NHL resume of 1025 regular season games and 727 points (278 goals, 449 assists) through 16 NHL seasons, he actively pursued his role in player development with the Panthers. Most recently he was the Carolina Hurricanes Director for Development for the past 5 seasons.

On the hire, Ron Francis, Executive Vice President and General Manager of the Carolina Hurricanes said, “Cory is very detail-oriented and has a smart hockey mind. He’s done fine work for us on the development side and we are confident he will be successful with the Sudbury Wolves.”