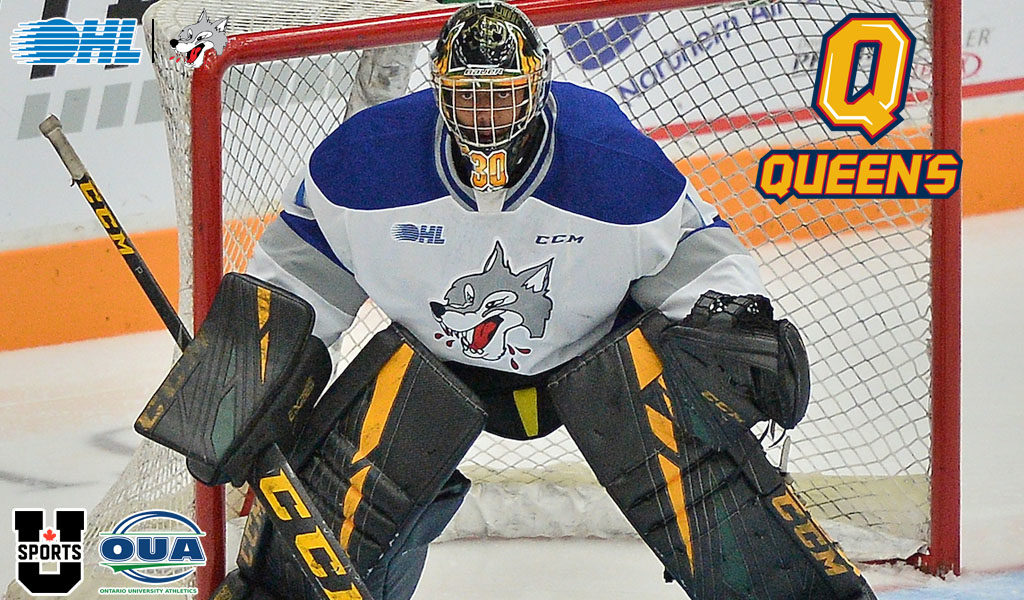 The Queen’s University Gaels announced on Twitter this week that Sudbury Wolves goaltender Christian Purboo has committed to their men’s hockey program for the upcoming 2021-22 season.

The Oakville, Ont. native spent parts of two seasons between the pipes in North Bay before joining the Wolves for the 2019-20 campaign. In 73 appearances over three OHL seasons, Purboo finished with a 3.74 goals-against average and .886 save percentage. An eleventh round pick of the North Bay Battalion in the 2016 OHL priority Selection, the 20-year-old netminder is a product of the GTHL’s Mississauga Rebels with whom he won a bronze medal at the 2017 Telus Cup in his Midget year.