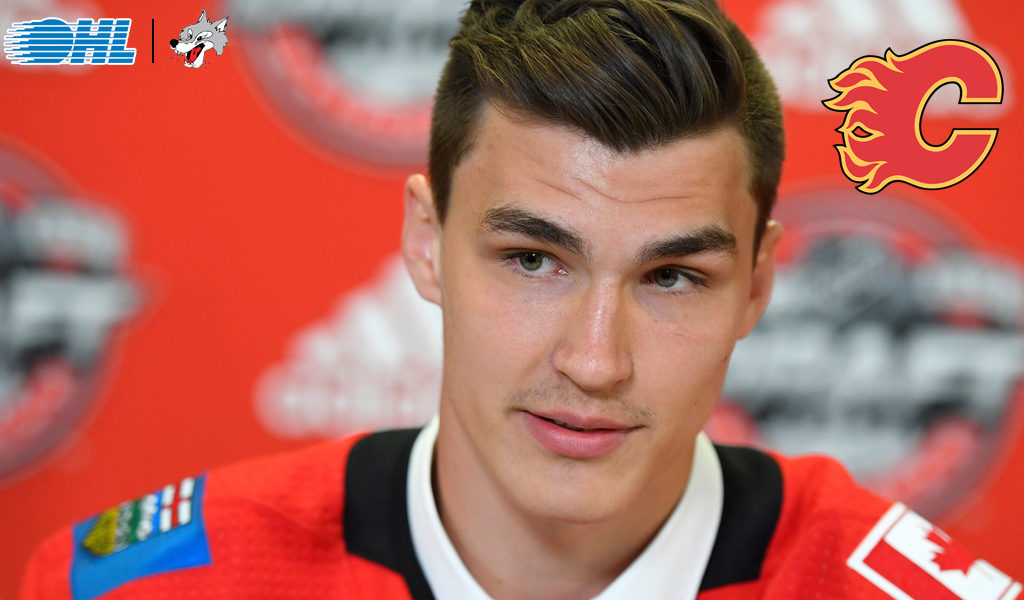 Ruzicka, a native of Bratislava, Slovakia, just concluded his third season in the OHL. On Jan. 9, the 19-year-old centre was traded from the Sarnia Sting to the Sudbury Wolves in exchange for three draft picks.

He finished the season third in goals (24) on the Wolves despite joining the team for only 30 of their 68 games. He had his best offensive season netting 35 goals and 43 assists for 78 points along with 36 penalty minutes in 65 games.

In the postseason, Ruzicka lead his team in scoring with three goals and 10 points in eight games. He was drafted by the Flames in the 4th round (109th overall) in the 2017 NHL Draft.

Extremely honoured and excited to have signed my first NHL contract with the @nhlflames Thank you to all my family, friends, and coaches who have helped me get here. Excited to get things started next season and make the jump to pro hockey! pic.twitter.com/K2oQPk3iDt