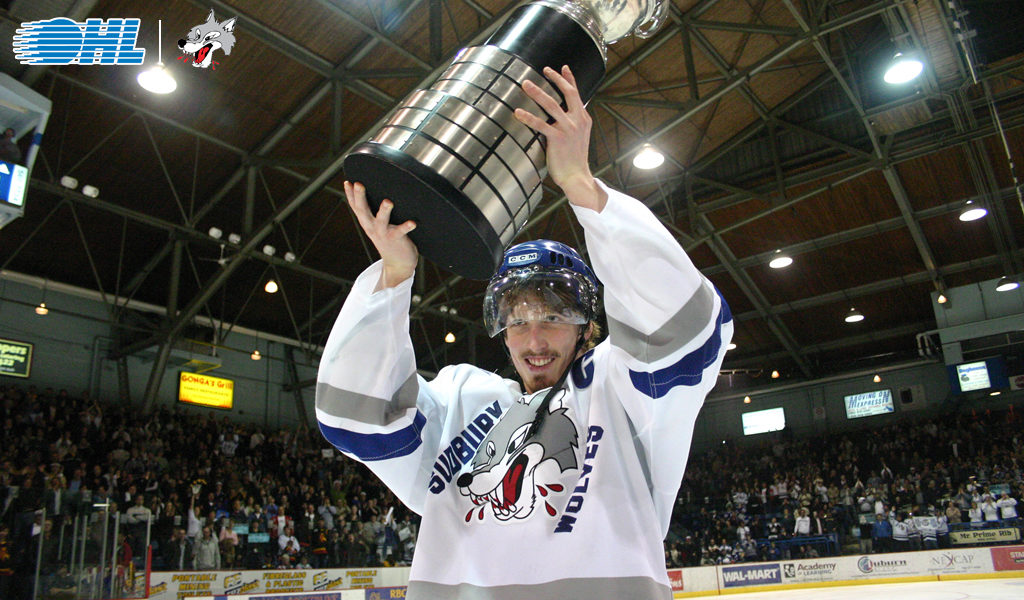 (Greater Sudbury, ON) The Sudbury Wolves are excited to announce that they will be retiring Marc Staal’s #14 on February 3rd at the Sudbury Arena as part of the team’s 50th anniversary celebration when they host the Mississauga Steelheads at 7:05pm.

“We have had many great players wear the Sudbury Wolves jersey and Marc is amongst the best,” said Sudbury Wolves VP and General Manager Rob Papineau. “He had an amazing career as a Wolf leading the team to the OHL finals in his final year and earning the Playoff MVP award. He had tremendous success also representing our country twice, winning Gold both times at the World Junior Championships where he was also named the top Defencemen of the tournament in 2006. He was our captain and now he will forever be honoured with his jersey permanently hanging in our rafters at our arena. We thank Marc for being a great Sudbury Wolf and we are excited to welcome Marc and his family back to Sudbury for this amazing honour,” he added.

Staal played 236 regular season games for the Wolves between 2003 and 2007 notching 23 goals and adding 100 assists in addition to 50 playoff games over the course of his time with the club. He was named an assistant captain in his second year before being named the captain in his third and fourth seasons helping lead the team to the OHL finals in 2007. He has played over 1000 career NHL games to date across three NHL clubs including 13 seasons with the New York Rangers and he is currently a member of the Florida Panthers.

Marc Staal and his family will join the Wolves for a special pregame ceremony to celebrate his outstanding hockey career and accomplishments as his banner gets raised to the rafters. The tickets are on-sale now at greatersudbury.ca/tickets and in person at the Sudbury Arena Box Office.